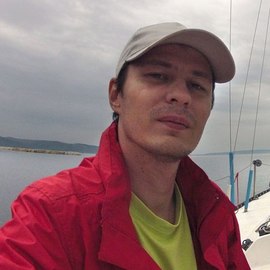 This is beautiful aerial view of Olympic Park Sochi