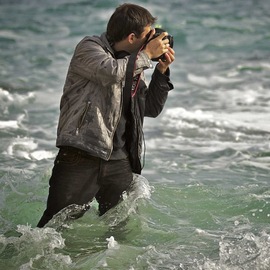 In the second half. X century. Sian over land, the upper Dniester and its tributaries formed the Kievan Rus. Russia is a division formed separate principalities sons Rostislav Vladimirovich. In Terebovli knyazyuvav Vasilko.

In 1241 the city destroyed the Mongol-Tatars.

In 1349 after the capture of Galicia Poland Terebovlya becomes royal town. In 1360 built a castle here, and in 1389 Vladislav Jogaila granted the Magdeburg Law. Between 1415 and 1420 the king granted to Terebovli Bartosch, who scored in the Battle of Grunwald, the privileges of the establishment of the new city were on the other side of the river Gnizna. After the formation of the Rus County Terebovlya Galician County became the center of the earth.

In 1632 at age Alexander Bahabana in Terebovli completed construction of a new stone castle, whose ruins were left to our time.

In 1675 Terebovlyansky Castle finds himself at the center of the Polish-Turkish war.

In 1772 Terebovlyanschyna, like all of Eastern Galicia, went to Austria. The city became the county town of Ternopil compasses.

In 1809 during the Russo-French war the Russians occupied Galicia. Most modern Ternopil, including Terebovlya, a few years joined the Russian Empire under the name Terebovlyansky edge. In 1815 Congress of Vienna gave Ternopil Region Austria. During World War Terebovlyanschyna was under Russian occupation. In 1920 he went to Poland. Since 1939 - in the USSR.

Michael Kolchesky
Franz Kafka Monument
More About Ukraine
The World : Europe : Ukraine
✖ It looks like you’re creating an order.
If you have any questions before you checkout, just let us know at info@360cities.net and we’ll get right back to you.
Cookies help us deliver great service to you. By using this site, you agree to the use of cookies. Leave this Site