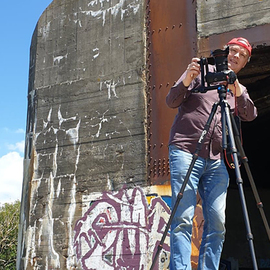 Overview and HistoryBruges is the historic capital of West Flanders, Flanders being one of the three regions of Belgium. Do you know enough about Belgium for that to make sense? Let's hit the facts first:Belgium has three official regions, Flanders in the north, Wallonia in the south, and the Brussels-Capital Region nested within Flanders. If you move to Wallonia you get to be a Walloon.The Flemish region speaks Dutch and the Walloons speak French. There's a bit of German floating around the country as well, as it is positioned between the Germanic and the Latin countries.This position has put Belgium in the center of both European commerce and battle over commerce, for hundreds of years. The North Sea is technically the busiest sea in the world, and Bruges has been getting a slice of the traffic for more than half a millenium -- with its accompanying scuffles over territory.Bruges used its location to great advantage in the early years (13th to 16th Centuries) to build wealth trading in wool, textiles, wine, grain, and spices.The industrial base of Bruges grew around banking, which helped to accelerate the development of the Flemish region, while the Northern Wallonia remained more pastoral and agriculturally bound. The historic division between the two main regions continues to influence the wide variety in the Belgian economy to this day.Bruges functioned as a major hub of shipping and trade until the Zwin channel filled with silt in the 16th century, limiting access to the sea. Decline in trade caused Bruges to step back from the center stage of marketplace, while nearby Antwerp stole into the light. It took nearly two hundred years for Bruges to rebuild its industrial structures and reclaim its capacity for large ships. During that period of time it became known as a tourist center.By the way, Belgium was one of the founding member states of the European Union. EU and NATO headquarters are located in Brussels.In modern times, the port of Bruges-Zeebrugge is one of the fastest growing ports in Europe. It is Europe's largest natural gas terminal, it handles 40 million tons of container cargo per year, and functions as the main hub for vehicle transport in Europe.Hello... Energy? Transportation? Yes, there are people who care quite a lot about these supplies and who are willing to funnel a significant amount of money into their movements.Getting ThereWell after all that, it's pretty obvious that you can get there by ship. You can even drive your new car into a cargo container, ride to Bruges on a ship, and then drive off when you arrive. (Roll on, roll off ports are referred to as RORO, when you see RORO it means BIG BOATS.) Ro Ro Ro your boat.There are three airports in Belgium. The local airport for Bruges is called Ostend/ Bruges International Airport (OST). Ostend is only 30km from Bruges and there are plenty of car rental services available. There are also many confusing roads available, so grab a map and get your blue streak of curses ready to use when you're lost!The other two airports are Deurne Airport-Antwerp and Zaventem Airport-Brussels. You can easily take a train between any of them.TransportationBeing that Bruges is invested with centuries of hosting travellers and their stores of goods to sell, the city is accessible via an amazing variety of vehicles.Within the city you can take a bus for 1.20EUR. Since driving is difficult in the city, they have inspired drivers not to do it. Instead, you can park your car at the train station and receive a free pass to ride the buses until midnight of that same day. Cool, right?People and CultureBruges is one of Belgium's chief tourist attractions; it has become a major tourism city as well as an industrial port. Its nickname is "The Venice of the North," for its many canals and proximity to waterways. The population is about 117,000 in Bruges and near 250,000 including the entire metropolitan area.In 2002 Bruges was designated the "European Capital of Culture." It has a well-preserved historic center filled with medieval art and architecture.Because of its booming tourist trade, you may find yourself touring among non-locals rather than anyone who might be discernable as "quaint" or "local." It's a beer pilgramage in progress, in other words. The Belgian ales are world famous; check out Brugs Beertje for a few samples.Things to do & RecommendationsBelgian ale? Try the Brewery Do Gouden Boom, a brewery museum with living flavour for you to sample. There are a wealth of other museums to visit in Bruges, most notably the Groeninge Museum displaying the works of Jan van Eyck and the Flemish Primitives.For eating and drinking, Bruges offers everything from sushi to vegetarian restaurants. After you take in your protein and vegetables, let's be healthy here people, you can finish yourself off at the Chocolate Story Museum.As for night life, Bruges is more centered around drinking than dancing. Here's a rough geographical breakdown.In central Bruges, head to Burg square. In the north you can find an artists area around Blekerstraat. Students congregate to the east on Langestraat, and you can catch great music at the open-air cafes on Eiermarkt. In the southern area there's the trendy and pricier stuff, have a walk around Zonnekemeers Oud Sint Jan and see what you can see.Text by Steve Smith.