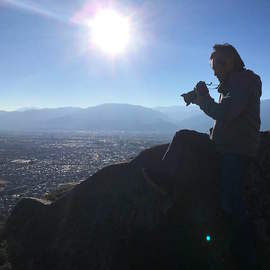 dieter kik
Swarm of Bees by the Beehive