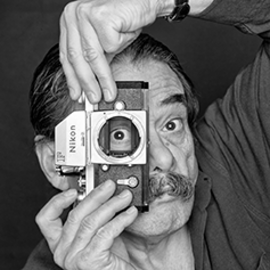 It is called "Cave of Hercules", that some underground vaults of the Roman era, which are located primarily on the number two and number three in the San Gines alleyway, under a building that occupies the site of what was to church of San Ginés 1841. This space, which arises in Roman times as a supply depot Roman hydraulic Toledo is located in the eastern corner of the yard today and was conducted in two phases of construction in the Roman period. It is covered with a barrel vault, held in ashlar. Of the original deposit, rectangular, almost certainly built in High Roman Empire period (probably 2. Second half of the century) and had the appearance of a large open tank with an overflow at the edge, is retained first half of the wall, overlooking the San Gines alleyway, made and covered with opus opus caementicium signinum. The structure was deeply disturbed by the construction of an arcade of three arches of masonry, on the southwest side, which divides the original ship in two (which is doubtful if it belongs to the first or the second phase of construction) and that currently separated from the other half of the deposit, belonging to No. 2 in the Rue de San Ginés. The second half of the east wall facing the street, is the second phase held in the Roman facing was built in opus quadratum seven rows of blocks of varying size, which is attached to the east side wall of the hydraulic structure the first phase, which will gradually increase its size from northwest to southeast line creating a new orientation to the wall, which will be generated by the plant BOE. Tuesday March 13 2007 62 10 809 Keystone to take the ship. In this space, are observed throughout the various interfaces of surface rupture. In Visigothic period it is very likely, the building at this site of a Visigoth church. In the Islamic period, develop buildings, but we can not guarantee whether it is civil or construction of a mosque, whose walls are going to go embedding remains of reliefs Visigoths. The first references to this building as a church of San Ginés from 1148. At the end of the Late Middle Ages, or the beginning of the modern age, will make a number of constructive interventions and reforms in this church, as the creation of five private chapels. The building is deteriorating, over an extended period of modern times. Abandoned and closed to the public during the eighteenth century, the church was demolished in 1841 is partially preserved in the wall of the entrance, where several reliefs are embedded Visigoths and debris inside the sacristy. The site was put up for sale and was parceled among several neighbors, fragmentation also affected the Roman vaults that rise on housing. A splendid speech of the Consortium of the City of Toledo with Vasilis Tsiolis archaeological coordination and technical direction of the architect Francisco jury has these great value remains.
Copyright: José María Moreno Santiago
Type: Spherical
Resolution: 6000x3000
Taken: 14/09/2010
Uploaded: 14/09/2010
Views:

Dong Liu
Aerial view of The Geneva lake and Jet d'Eau in Geneva Lake, Switzerland.
More About Spain
The World : Europe : Spain
✖ It looks like you’re creating an order.
If you have any questions before you checkout, just let us know at info@360cities.net and we’ll get right back to you.
Cookies help us deliver great service to you. By using this site, you agree to the use of cookies. Leave this Site