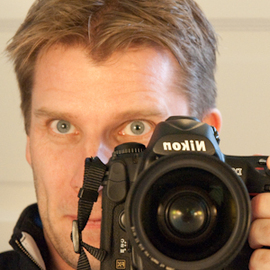 Plaza near the Embarcadero, San Francisco taken at night. If you look close you can see Coit Tower in the distance