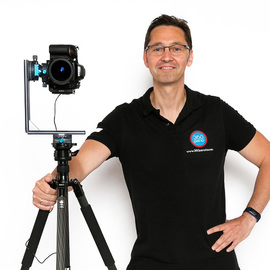 Designed by Eugen Langen to sell to the city of Berlin, the installation with elevated stations was built in Barmen, Elberfeld and Vohwinkel between 1897 and 1903; the first track opened in 1901. The Schwebebahn is still in use today as a normal means of local public transport, moving 25 million passengers annually (2008).

The suspension railway runs along a route of 13.3 kilometres (8.3 mi), at a height of about 12 metres (39 ft) above the River Wupper between Oberbarmen and Sonnborner Straße (10 kilometres or 6.2 miles) and about 8 metres (26 ft) above the valley road between Sonnborner Straße and Vohwinkel (3.3 kilometres or 2.1 miles). At one point the railway crosses the A46 motorway. The entire trip takes about 30 minutes. The Wuppertal Suspension Railway operates within the VRR transport association and accepts tickets issued by the VRR companies.

Due to an accident in November 2018, the Wuppertal Suspension Railway was closed down for nearly nine months. It re-opened on August 1, 2019.