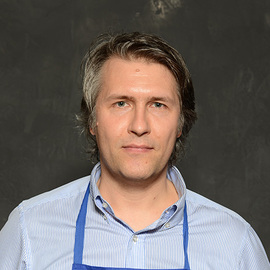 The Suzhou Market Street (Suzhoujie) at the Rear Lake.

With waterway passing through and shops perching on banks, the street looks like the very scene of 'Water Country' in the south region of the Yangtze River.

Over 60 stores extend from North Palace Gate entrance into a street about 300 meters (328.1 yards) in length. Along the Back Lake, the street design imitates the ancient style of shops on the banks of rivers in Suzhou City, Jiangsu Province, that is, taking the running water of Back Lake as the street and its banks as a market.

The area served as an entertainment place where Emperors and concubines could feel as if they were strolling on a commercial street. When the royals went there, eunuchs and maids of honor would playact as peddlers, customers and shop assistants to mimic market activities. Built during the reign of Qianlong (1711-1799), it was burned down by Anglo-French allied force in 1860.

Until 1986, it was rebuilt and in 1990 it was opened to the public. Today's market includes stores such as dyers, souvenir shops, drugstores, banks, shoe stores, teashops, and hockshops, with clerks dressed in Qing Dynasty (1644-1911) costumes. About the aim of building this street, there is an interesting story.

One day during the Emperor Qianlong's visit to Suzhou, he dressed up as a pilgrim and came to a Buddhist nunnery where he met a beautiful nun. Deeply attracted by her charming beauty, the emperor wanted to take her back to his palace. But it would break the Buddhist regulations to publicly choose a nun as a concubine. After came back to Beijing, the Emperor finally got a good way to solve this headache problem. He ordered to build a "Quanzong Temple" for the nun. The place was secluded with a beautiful view. Every time when Qianlong visited the temple, it served as his temporary palace and that beautiful nun was his favorite concubine.

One day, as usual, Qianlong came to Quanzong Temple, but he was told that the beauty was sick. "What's wrong with you?" he asked her with deep concern. "Nothing's wrong. It has been several years since I left home, and I'm homesick now. I want to go back to have a see." the beauty answered with tears in her eyes. "It's very easy. I'll come with you to Suzhou in half a year."

Half a year later, the Emperor came to the temple and asked the beauty to go to Suzhou with him. Incredulously, the beauty got in the carriage. But an hour later, the carriage stopped suddenly. One maiden asked her to get off, "Here it is Suzhou". "It is impossible.

How could we get to Suzhou in one hour?" the beauty poked her head out. She could hardly believe the sight before her eyes. A little river wound through the middle of the street. Along the two sides of the street, there were many shops selling the goods from Suzhou. The passers-by and shop owners all spoke Suzhou dialect.

The whole scene before her eyes made her feel staying in Suzhou. It turned out that the Emperor ordered to build a commercial street near Quanzong Temple. Also, a large number of merchants and shops were moved here to add more Suzhou's flavor.

From then on, Emperor Qianlong could often take the beautiful nun here to admire the charming Suzhou view.And because of this, the street has become known as Suzhou Market Street.