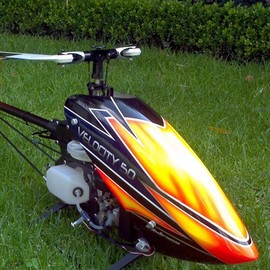 Created by
PER Proyectos

The temple-pyramid complex was built in four stages, starting from the 3rd century BCE through the 9th century CE, and was dedicated to the deity Quetzalcoatl. It has a base of 450 by 450 metres (1,480 by 1,480 ft) and a height of 66 m (217 ft). According to the Guinness Book of Records, it is in fact the largest pyramid as well as the largest monument ever constructed anywhere in the world, with a total volume estimated at over 4.45 million cubic meters, even larger than that of the Great Pyramid of Giza in Egypt, which is about 2.5 million cubic meters. However the Great Pyramid of Giza is higher at 138.8 metres (455 ft). The ceramics of Cholula were closely linked to those of Teotihuacan, and both sites appeared to decline simultaneously. The Postclassic Aztecs believed that Xelhua built the Great Pyramid of Cholula.

Today the pyramid at first appears to be a natural hill surmounted by a church. This is the Iglesia de Nuestra Señora de los Remedios (Church of Our Lady of Remedies), also known as the Santuario de la Virgen de los Remedios(Sanctuary of the Virgin of Remedies), which was built by the Spanish in colonial times (1594) on top of the prehispanic temple. The church is a major Catholic pilgrimage destination, and the site is also used for the celebration of indigenous rites.

Because of the historic and religious significance of the church, which is a designated colonial monument, the pyramid as a whole has not been excavated and restored, as have the smaller but better-known pyramids at Teotihuacan. Inside the pyramid are some five miles (8 km) of tunnels excavated by archaeologists.

Popocatépetl (Spanish [popoka'tepetl] is an active volcano located in the states of Puebla, State of Mexico, and Morelos, in Central Mexico, and lies in the eastern half of the Trans-Mexican volcanic belt. It is the second highest peak in Mexico. It is linked to the Iztaccihuatl volcano to the north by the high saddle known as the Paso de Cortés.

Iztaccíhuatl (alternative spellings include Ixtaccíhuatl, or  as spelled with the x, [iʃtakˈsiwatɬ]). It is the nation's third highest. The name "Iztaccíhuatl" is Nahuatl for "White woman", reflecting the four individual snow-capped peaks which depict the head, chest, knees and feet of a sleeping female when seen from east or west.

The Legend of Popocatépetl and Iztaccíhuatl

In Aztec mythology, Iztaccíhuatl was a princess who fell in love with one of her father's warriors, Popocatépetl. The emperor sent Popocatépetl to war in Oaxaca, promising him Iztaccíhuatl as his wife when he returned (which Iztaccíhuatl's father presumed he would not). Iztaccíhuatl was falsely told Popocatépetl had died in battle, and believing the news, she died of grief. When Popocatépetl returned to find his love dead, he took her body to a spot outside Tenochtitlan and kneeled by her grave. The gods covered them with snow and changed them into mountains. Iztaccíhuatl's mountain is called "White Woman" (from the nahuatl iztac "white" and cihuatl "woman") because it resembles a woman lying on her back, and is often covered with snow. (The peak is sometimes nicknamed La Mujer Dormida ("The Sleeping Woman").) Popocatépetl became an active volcano, raining fire on Earth in blind rage at the loss of his beloved.

Martin Broomfield
Bridge Over a Canal, Kota Jakarta
More About Mexico
The World : North America : Mexico
✖ It looks like you’re creating an order.
If you have any questions before you checkout, just let us know at info@360cities.net and we’ll get right back to you.
Cookies help us deliver great service to you. By using this site, you agree to the use of cookies. Leave this Site