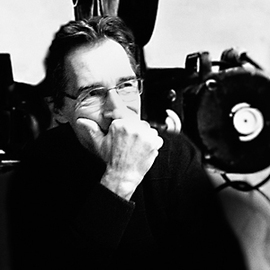 The Teatro Carlo Felice is the principal Opera House of Genoa, Italy, used for performances of Opera,ballet,orchestral music, and recitals. It is located on the Piazza De Ferrari.

The hall is named for Duke Carlo Felice, and dates from December 24, 1824, when the Most Excellent Department of Theatres was established. On January 31, 1825, local architect Carlo Barabino submitted his design for the opera house which was to be built on the site of the church of San Domenico. The Dominican monks were moved elsewhere without delay or ceremony, and the first stone of the new building was laid on 19 March 1826.

The inaugural performance of Bellini's Bianca e Fernando took place on April 7, 1828, even though the structure and decoration were not quite finished. The Auditorium  accommodated an audience of about 2,500 in five tiers (each with 33 boxes), a gallery above, and standing room in the orchestra pit. The acoustics were considered among the best of the time.

For nearly forty years from 1853, Verdi spent the winter in Genoa, but he had few strong professional ties with the Teatro Carlo Felice. In 1892, Genoa commemorated the 400th anniversary of Columbus' discovery of America and to celebrate the occasion the Carlo Felice was renovated and redecorated at a cost of 420,000 lire (nearly £17,000). Verdi was approached to compose a suitable opera, but he declined the honour, making the excuse that he was too old. Alberto Franchetti's opera Cristoforo Colombo premiered at the Carlo Felice on 6 October 1892.

The hall was altered many times in the years 1859-1934, and remained remarkably unscathed by war until 9 February, 1941 when a shell fired by a British warship hit the roof, leaving a large hole open to the sky and destroying the ceiling of the auditorium which had been a unique example of 19th century rococo extravagance, its main feature being a wide circle of angels, cherubs and other winged creatures in brightly painted high relief.

Further damage was sustained on 5 August 1943 when incendiary bombs started a backstage fire which destroyed all scenery and wooden fittings, but did not reach the main auditorium. Unfortunately additional damage was caused by looters who stripped the back of the theatre of every possible scrap of metal they could find. Finally, an air raid in September 1944 caused the destruction of the front of the theatre leaving virtually only the outside walls and the corridors behind the tiers of boxes standing. What had been the most richly beautiful of opera houses had become a skeleton of bare walls and roofless porticos.

Reconstruction plans began immediately after the war's close. The first design by Paolo Antonio Chessa (1951) was rejected; the second b Carlo Scarpa was approved in 1977 but brought to a halt by his untimely death. Aldo Rossi ultimately provided today's design, in which portions of the original facade have been recreated but the interior is entirely modern. The hall officially reopened in June 1991, with a main hall holding up to 2,000 seats and a smaller auditorium holding up to 200 seats.

Genoa A city of art, the capital of Liguria in northern Italy and metropolis looking onto the sea, Genoa has grown up around the city's port - a natural cove that has always been the site of thriving traffic and commerce. Its ancient heart, Europe's biggest historic medieval center, is crisscrossed by a tight weave of alleys that capture the multicultural soul that has always characterized the city's history. Here, among workshops, eateries, and beautiful shops, glimmers a glimpse of the noble past of Genoa, "La Superba", consisting of sixteenth-century villas, Baroque votive aedicules, and prestigious churches giving onto small squares nestled between the buildings. Modernity is a few steps away, in places returned to the people and tourists by restoration and great urban renewal projects conducted over the last decade. Genoa offers a dizzying mix of the old and the new. The Expo with the Aquarium, Via San Lorenzo, the Palazzo Ducale, and the splendid Via Garibaldi full of museums. The city's charm can also be found in the numerous delegations from Nervi to Voltri - autonomous cities until the 20's - where visitors can explore villas surrounded by nineteenth-century parks, picturesque sea strolls, and museums large and small. Text: www.turismo.comune.genova.it