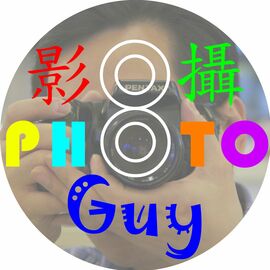 Nan Lian Garden is situated at Diamond Hill of Kowloon, taking in the full view of southeast Kowloon. The Garden and the Chi Lin Nunnery to its north together back into the sprawling northern mountain range. Hammer Hill Road borders the Garden on the east, Lung Cheung Road on the south, and Hollywood Plaza, a large shopping mall, on its west. The Garden opens to the west. An MTR station is just opposite the Main Gate.

The Garden is built in the classical style of the Tang Dynasty (618 AD to 907 AD), on the blue print of Jiangshouju, the only Tang landscape garden the original layout of which can still be placed and traced today, and the shape of which bears a significant resemblance to the Garden site. Hills and rocks, waters, plants and timber structures are built and arranged according to classical Tang style and rules, accommodating the local environment, and the best view of the sprawling mountain range to the north is taken as the seamless backdrop.

The Garden is a Tang garden built in modern times, its architecture and landscaping reminiscent of nature and conducive towards a sense of serenity and tranquility, an ambience in which visitors may enjoy a moment of leisure and peace of mind, whilst reflecting on the profound richness of classical Chinese culture, right in the midst of the urban city hustle and bustle. It is hoped this will help promote the knowledge of and interest in classical Chinese culture.

The gallery is a Tang-styled timber structure in the north-west corner of the garden. It is a place for appreciation of the art of Tang Dynasty timber architecture.

For all the abundance of written works in ancient China, few were studies on architecture, which was not considered an independent branch of knowledge. Because of the ravages of time and history, the oldest surviving timber structures in China is the main hall of the Nan Chan Monastery in Shanxi, which was built in the Tang Dynasty (782 AD), and the main hall of the Foguang Monastery, rebuilt in Tang Dynasty (857 AD).

The Gallery is one of the major timber structures in the Garden, built according to Tang architecture. The curved-eave roof has a long history. The Tang version of it modifies the angle of the upward curve at the eaves, making them magnificent, authoritative, gracious and pleasant without being either ponderously serious or cheekily frivolous.

Also in the Gallery is the scaled model of the Main Hall of Chi Lin Nunnery in Hong Kong, built after the style of monasteries in the Tang Dynasty, as well as various scaled models of bracket systems used in large scale or monumental buildings in Chinese architecture.