Ravanica Monastery - Inside the walls
Serbia 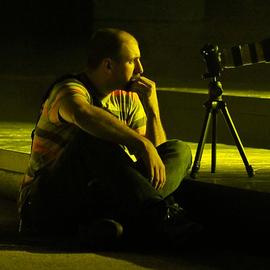 Ravanica is a Serbian Orthodox monastery on Kučaj mountains near Ćuprija in Central Serbia. It was built in 1375-1377 as an endowment of prince Lazar of Serbia, who is buried there.


Ravanica was declared Monument of Culture of Exceptional Importance in 1979, and it is protected by Republic of Serbia.

Built between 1375 and 1377, Ravanica is the famous Prince Lazar's foundation, where he was buried after his death in the Kosovo battle. Since then, Ravanica has been a pilgrim's destination and an important center of cultural activities and the Serbian people's assemblies. The monastery has been assaulted and damaged by the Turks several times, in 1386, 1398 and 1436. In the great war after the second siege of Vienna a number of monks got killed and the rest of them, in 1690, took the relics of the sainted Prince Lazar withdrawing, in front of the Turkish offensive. Only in 1717 the only survived among the monks, Teacher Stefan came back in Ravanica and found the monastery looted and deserted. With the help of the local inhabitants he restored the monastery and built a new narthex. The monastery suffered repeated assaults during the Serbian revolution, at the beginnings of the 19th century. The new restoration took place in the mid-19th century. During the World War II Germans violated and damaged the monastery once more, and detained, tortured and killed its archimandrite Makarije on 24 February 1943.

The monastery church is dedicated to the Ascension of Jesus and was fortified with the strong defensive wall with seven towers, of which only a part is preserved. The Ravanica church is the first monument of the Morava school of the Serbian medieval art. Its ground plan has the form of an enlarged trefoil with a nine-sided dome in the middle and smaller octagonal domes above the corner bays. There are 62 window lights. The church was built in alternate courses of single-line stone and three-line bricks. Valuable ceramic decoration makes use of geometrical patterns, floral motifs, zoomorphic and anthropomorphic shapes.

The frescoes were not carried out at the same time and by the same artists. They are dated between 1385 and 1387. The middle-register frescoes, which are of the highest artistic value were painted by two artists, one of them known as Constantine, who left his signature on a fresco of a warrior saint. The noteworthy compositions include the Communion of the Apostles and the Adoration of the Lamb in the altar apse, as well as the festival Cycle in the upper registers of the church. The Ktitor's composition was later repainted, and a fresco of Lazar's death was added. It also depicts Princess Milica and their sons Vuk and Stefan.

Sergej Esnault
Sunset over Mausoleum of Harun-i Vilayat - Isfahan - Iran
More About Serbia
The World : Europe : Serbia
✖ It looks like you’re creating an order.
If you have any questions before you checkout, just let us know at info@360cities.net and we’ll get right back to you.
Cookies help us deliver great service to you. By using this site, you agree to the use of cookies. Leave this Site