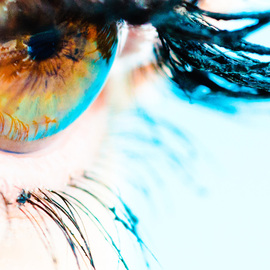 Dusk at  the "Plaza de la Iglesia", church square lined with Restaurants and bars and the church of Nuestra Señora del Consuelo or La Mare de Déu del Consol ("Our Lady of Solace") in the old town of Altea, Costa Blanca, Spain