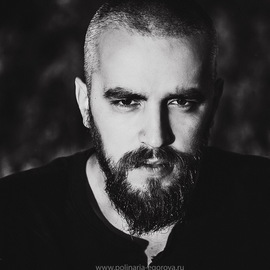 "On the second day after our departure from Ekaterin- burg, as we were passing through a rather open forest between the villages of Markova and Tugulimskaya, our driver suddenly pulled up his horses, and turning to us said, " Vot granitsa " [Here is the boundary]. We sprang out of the tdrantds and saw, standing by the roadside, a square pillar ten or twelve feet in height, of stuccoed or plastered brick, bearing on one side the coat-of-arms of the European province of Perm, and on the other that of the Asiatic province of Tobolsk. It was the boundary post of Siberia. No other spot between St. Petersburg and the Pacific is more full of painful suggestions, and none has for the traveler a more melancholy interest than the little opening in the forest where stands this grief -consecrated pillar. Here hundreds of thousands of exiled human beings — men, women, and children ; princes, nobles, and peasants — have bidden good-by forever to friends, country, and home. Here, standing beside the square white boundary post, they have, for the last time, looked backward with love and grief at their native land, and then, with tear- blurred eyes and heavy hearts, they have marched away into Siberia to meet the unknown hardships and privations of a new life. No other boundary post in the world has witnessed so much human suffering, or been passed by such a multitude of heart-broken people. More than 170,000 exiles have trav- eled this road since 1878, and more than half a million since the beginning of the present century. In former years, when exiles were compelled to walk from the places of their arrest to the places of their banishment, they reached the Siberian boundary post only after months of toilsome marching along muddy or dusty roads, over forest-clad mountains, through rain-storms or snow-storms, or in bitter cold. As the boundary post is situated about half-way between the last European and the first Siberian etape, it has always been customary to allow exile parties to stop here for rest and for a last good-by to home and country. The Russian peasant, even when a criminal, is deeply at- tached to his native land ; and heart-rending scenes have been witnessed around the boundary pillar when such a party, overtaken, perhaps, by frost and snow in the early autumn, stopped here for a last farewell. Some gave way to unrestrained grief ; some comforted the weeping ; some knelt and pressed their faces to the loved soil of their native country, and collected a little earth to take with them into exile ; and a few pressed their lips to the European side of the cold brick pillar, as if kissing good-by forever to all that it symbolized." George Kennan. Siberia and the Exile System (1891)
Copyright: Chebaldin Vladimir
Type: Spherical
Resolution: 12000x6000
Taken: 21/01/2015
Uploaded: 22/01/2015
Views: