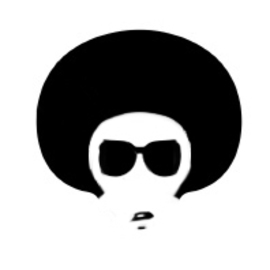 The Plaza de España ("Spain Square", in English) is a plaza located in the Parque de María Luisa (Maria Luisa Park), in Seville, Spain built in 1928 for the Ibero-American Exposition of 1929. It is a landmark example of the Renaissance Revival style in Spanish architecture.

In 1929, Seville hosted the Ibero-American Exposition World's Fair, located in the celebrated Maria Luisa Park (Parque de María Luisa). It was designed by Jean-Claude Nicolas Forestier. The entire southern end of the city was redeveloped into an expanse of gardens and grand boulevards. The centre of it is Parque de María Luisa, a 'Moorish paradisical style' with a half mile of: tiled fountains, pavilions, walls, ponds, benches, and exhedras; lush plantings of palms, orange trees, Mediterranean pines, and stylized flower beds; and with vine hidden bowers. Numerous buildings were constructed in it for the exhibition.

South wing of the building.

The tiled 'Province Alcoves' along the walls of the Plaza de España.

The Plaza de España, designed by Aníbal González, was a principal building built on the Maria Luisa Park's edge to showcase Spain's industry and technology exhibits. González combined a mix of 1920s Art Deco and 'mock Mudejar', and Neo-Mudéjar styles. The Plaza de España complex is a huge half-circle with buildings continually running around the edge accessible over the moat by numerous beautiful bridges. In the centre is a large fountain. By the walls of the Plazaare many tiled alcoves, each representing a different province of Spain.

Today the Plaza de España mainly consists of Government buildings. The Seville Town Hall, with sensitive adaptive redesign, is located within it. The Plaza's tiled 'Alcoves of the Provinces' are backdrops for visitors portrait photographs, taken in their own home province's alcove. Towards the end of the park, the grandest mansions from the fair have been adapted as museums. The farthest contains the city's archaeology collections. The main exhibits are Roman mosaics and artefacts from nearby Italica.

The Plaza de España has been used as a filming location, including scenes for the 1962 film Lawrence of Arabia. The building was used as a location in the Star Wars movie series — Star Wars Episode I: The Phantom Menace (1999) and Star Wars Episode II: Attack of the Clones (2002) — in which it featured in exterior shots of the City of Theed on the Planet Naboo. It also featured in the 2012 film The Dictator.

The Seville City Hall is not located at the Plaza de España. The central government departments are.

Michael Pop
The Devil's Lake in the Nera Gorges

More About Sevilla
The World : Europe : Spain : Seville : Sevilla
✖ It looks like you’re creating an order.
If you have any questions before you checkout, just let us know at info@360cities.net and we’ll get right back to you.