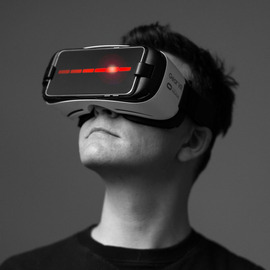 The text below was written on my blog when I originally shot this panorama in August 2008. Therefore it's somewhat out-of-date, but provides some historical perspective. Contrary to strong public sentiment, the power company E.on went ahead with the demolition the Towers at 0300 on 24/08/2008, while thousands looked on. Now they remain only in popular memory and in photographs like this

These retired cooling towers sit by the M1 near the Meadowhall shopping centre in Sheffield. I’ve always assumed they were left as a testament to South Yorkshire’s proud industrial heritage, greeting travellers going up and down the country. Now, it seems, their time is almost up.

I’ve had a mild curiousity about the towers for some time, and regretted not shooting a pano when I’d previously completed a shoot for a client at Meadowhall. After seeing a piece on the local TV news about their preparation for imminent demolition I resolved to stop off and capture the view for posterity. You can see the banking of earth at their bases to direct the blast from the charges: I’m guessing this will help prompt the falling towers to slough away from the roadbridge in a controlled manner. You can also see how a series of holes, connected by wires, have been drilled around the lower half of the right-hand tower: again I assume these are for charges so the whole upper structure will neatly collapse and fall in on itself. I love the accuracy and spectacle of controlled demolitions.

Demolition is scheduled for sometime this month. I’d love to shoot this same view as the the explosive charges are triggered, but may have to settle for a before and after shot. There’s an interesting image gallery on the BBC website here.

Igor Krucko
CARCROSS DESERT
More About England
The World : Europe : UK : England
✖ It looks like you’re creating an order.
If you have any questions before you checkout, just let us know at info@360cities.net and we’ll get right back to you.
Cookies help us deliver great service to you. By using this site, you agree to the use of cookies. Leave this Site