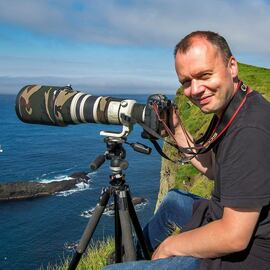 The Royal Yacht Dannebrog was launched by Queen Alexandrine in Copenhagen in 1931 and was commissioned on 26 May 1932. The yacht now serves as the official and private residence for HM The Queen, HRH the Prince Consort and members of the Royal Family when they are on official visits overseas and on summer cruises in Danish waters. When at sea the Royal Yacht also participates in surveillance and sea rescue services.

The Dannebrog was built in 1931 – 1932 at the Naval Dockyard in Copenhagen to replace the previous royal vessel, the paddle steamer Dannebrog from 1879. The yacht has dual functions: it is primarily the Royal Yacht during peacetime, second – it can become a hospital ship during emergency alerts or war.

The ship’s hull is a riveted steel construction on transverse frames. The ship has a clipper stem and an elliptic stern. Viewed from the side the ship may be divided into two sections. In front of the funnel there is space for accommodation for the crew, cargo and the engine. At the rear is the Royal Apartment, which could accommodate patients if it was ever to be used as a hospital. During visits to Danish and foreign ports the covered quarterdeck is used for receptions.

The Royal Yacht Dannebrog is an independent command, administered by the Chief of HM The Queen’s Naval Household, who is a member of the Royal Household. The crew of the Dannebrog comprises 9 officers, 7 sergeants and 36 enlisted able-seamen all of whom have all been hand-picked from the Navy. The officers are normally seconded for periods of two to four years, whereas the able-seamen stay for just one summer.

Since the flag was first hoisted in 1932, the yacht has travelled more than 300,000 nautical miles and visited most of the ports of Denmark, Greenland and the Faroe Islands. The yacht has also visited European ports, especially in France and cruised the Mediterranean and the Caribbean Seas.

A major overhaul was carried out in 1980 to 1981 in order to extend the life of the yacht beyond the turn of the century. We have now passed that point and the 70-year-old yacht is still going strong. One of the major improvements was the replacement of the main engines.