The Tower of the Thousand Windows
Mexico 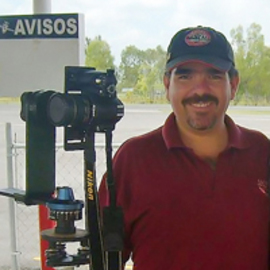 Invisible on the roof of a building at the Mexico City downtown, now besieged by informal trade, is the Tower of the Thousand Windows. The building is none other than the Palacio de los Condes de Santiago de Calimaya current headquarters of the Museo de la Ciudad de Mexico (MCM).

The beauty of the building and the successful proposal for museum exhibitions are not the only appeal available to the Mexico City Museum, situated on top of those stairs guarded by lions, is the study of Joaquín Clausell, the largest representative of Impressionism in Mexico. The walls of this long room were converted by this artist (who said not to be) in a kind of Mexican Sistine Chapel, there are preserved around 1300 small scenes, pictures or sketches-painted oil paintings in a mesmerizing blend of landscapes, mythological characters, symbols, visions, allegories, spirits and rough seas. Clausell technique had the influence impressionist Claude Monet and Camille Pissarro, whom he met personally during a voluntary exile in Paris in the late nineteenth century. Joaquín Clausell developed a Mexican-tinged impressionism can be seen in various scenes of his studio.

A stroke of luck and the vague definition in the application for permission to photograph "also" an overview of the Museum, allow me to take this beautiful panorama. The Tower of the Thousand Windows, from my point of view, seems lost in another of the intricacies of this, my city, when entering you may perceive  the thousands of visible and hidden forms, a space to contemplate, a good place to think. The picture was not easy, the study is located at the top of the museum and remains open to allow the entry, exit or just the passage of visitors. Once I had gotten permission to take it, I´ve also convince them to let me close the two doors, because the entrance was so light that shines generated did not allow a clear distinction of the mural. The light inside is dim, I imagine that in order to preserve the work, certainly a demanding photographic challenge. For me it's an enormous pride to share the work space of our Mexican Impressionist, Joaquín Clausell.

Santiago Ribas - 360portugal
Amarante, Historical Center, Bridge, Convent Sao Goncalo, aerial view
More About Mexico
The World : North America : Mexico
✖ It looks like you’re creating an order.
If you have any questions before you checkout, just let us know at info@360cities.net and we’ll get right back to you.
Cookies help us deliver great service to you. By using this site, you agree to the use of cookies. Leave this Site