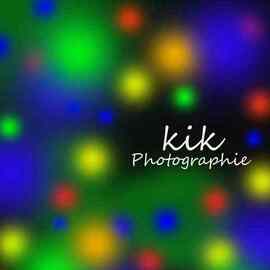 The Memorial was built approximately 200 metres to the south-east of the former Thiepval Chateau, which was located on lower ground, by the side of Thiepval Wood. The grounds of the original chateau were unsuitable as this would have required the relocation of gravesites located around the numerous medical aid stations dug during the war.
A visitors' centre opened in 2004.
The memorial, which dominates the rural scene, has sixteen piers of red brick, faced with Portland stone. It is 150 feet (46 m) high, with foundations 19 feet (6 m) thick; required due to extensive wartime tunneling beneath the structure. Designed by Sir Edwin Lutyens, the memorial was built between 1928 and 1932 and is the biggest British battle memorial in the world. It was inaugurated by the Prince of Wales (later King Edward VIII) in the presence of Albert Lebrun, President of France, on 1st August 1932.

The memorial is reserved for those missing, or unidentified, soldiers who have no known grave. A large inscription on an internal surface of the memorial reads:

Here are recorded names of officers and men of the British Armies who fell on the Somme battlefields between July 1915 and March 1918 but to whom the fortune of war denied the known and honoured burial given to their comrades in death.

On the Portland Stone piers are engraved the names of over 72,000 men who were lost in the Somme battles between July 1916 and March 1918, most of whom died in the first Battle of the Somme between 1st July and 18th November 1916. Consequently, when the remains of a soldier listed on the memorial are found and identified, he is given a funeral with full military honours and his remains buried in the closest cemetery to his location; his name is then removed from the memorial. This has resulted in numerous gaps in the lists of names.
On the top of the archway, a French inscription reads: Aux armées française et britannique, l'Empire britannique reconnaissant (To the French and British Armies, from the grateful British Empire). Just below this, are carved the years 1914 and 1918. On the upper edges of the side archways, split across left and right, is carved the phrase "The Missing ... of the Somme".
Also included on this memorial are sixteen stone laurel wreaths, inscribed with the names of battles where those commemorated here fell. The battles so-named are Ancre Heights, Ancre, Albert, High Wood, Delville Wood, Morval, Flers-Courcelette, Pozieres Wood, Bazentin Ridge, Thiepval Ridge, Transloy Ridges, Ginchy, Guillemont,
Anglo-French memorial
The Thiepval Memorial also serves as an Anglo-French battle memorial to commemorate the joint nature of the 1916 offensive. In further recognition of this, a cemetery containing 300 British Commonwealth and 300 French graves lies at the foot of the memorial. Many of the soldiers buried here are unknown. The British Commonwealth graves are rectangular and made of white stone, while the French graves have grey stone crosses. On the British headstones is the inscription "A Soldier of the Great War/ Known unto God". The French crosses bear the single word "Inconnu" ('unknown'). The cemetery's Cross of Sacrifice bears an inscription that acknowledges the joint British and French contributions:
“    That the world may remember the common sacrifice of two and a half million dead, here have been laid side by side Soldiers of France and of the British Empire in eternal comradeship.    ”
—Thiepval Cemetery Cross of Sacrifice inscription
[edit]Ceremonies and services
Each year on 1 July (the anniversary of the first day on the Somme) a major ceremony is held at the memorial. There is also a ceremony on the 11 November, beginning at 1045 CET.