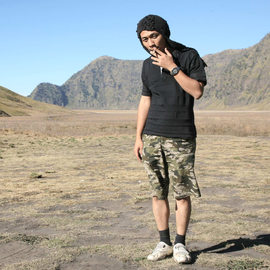 A park of reduced scale and full size replicas of the important buildings in Thailand, the park’s goal is to bring the Thai people back to their roots, that of the ancient Siam Kingdom. You can ride bikes (2 and 3 seaters as well) or speed around in a golf cart through the park which, besides having copies of Thailand's landmarks, is also Thailand-shaped. Some buildings are duplicated from the original, others are recreations of buildings that have since been destroyed or have fallen into ruin, and the rest are simply creative design. Not all the buildings are fakes however, and at least one wooden temple was moved from north Thailand and reconstructed. A good place for lunch is the Thai floating village. One particularly interesting (and totally made-up) building is set in the water and has a huge open mouthed fish wrapped around it. Another high light is the reproduction of Sanphet Prasat Palace in Ayutthaya. It’s a huge replica with intricate and ornate decoration. One can walk around the beautiful grounds, and through the large palace hall. Though in spite of it being a copy, you still aren't allowed to sit on the thrones.
Copyright: Bimo Pakusadewa
Type: Spherical
Resolution: 6000x3000
Taken: 02/08/2013
送信日: 06/08/2013
見られた回数:

Ruediger Kottmann
in Halong Bay on the Glory Cruise