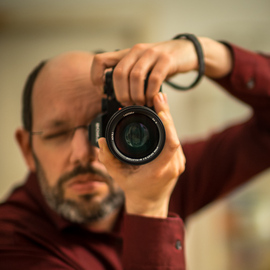 This panorama shows a contestant doing the big jump at the indoor downhill event 2017 MyZeil DownMall.

Taken with a Panono Explorer an retouched afterwards with Photoshop.

heiwa4126
The Kamakura Great Buddha's back