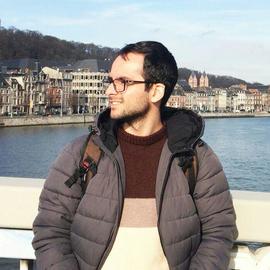 The Blue mosque of Tabriz (the turquoise of the islamic world) was built upon the order of Jahan Shah the ruler of Kara Koyunlu dynasty which made Tabriz the capital of his Kingdom. His Kingdom covered major parts of modern Iran, Azerbaijan, and Turkey. He was killed with Uzun Hassan (ruler of Ak Koyunlu) and buried on the southern part of the mosque. It is believed that the mosque construction is a monument for remembrance of victories of Jahan Shah. This is why the Al-fath, verses of Quran, is written around the entrance of the mosque.

The complex was completed under the supervision of Aziz-e-Din-Qapuchi in 1465 A.D. The original complex covered other complexes (including school, public bath and library), all of which disappeared during an earthquake in 1779 and only parts of the mosque have survived.

Tabriz is the fourth most populated city in Iran after Tehran, Mashhad & Isfahan with a population of 1,378,935. The city is the largest for Iranian Turk people. Discovered bodies from excavates around Blue mosqe of Tabriz show that the city dates back 3000 years. Most of Tabrizi people speak "Azerbaijani Turkic" language but armenian minority speaks Armenian language. Tabriz was Iran's capital during the dynesties of Kara Koyunlu, Ak Koyunlu & Safavi (in while it was the first capital of Shia Islam in the world) & was Iran's crown predominantly during Qajarid dynesty. If you come to Tabriz you must see "The Largest Covered Bazaar In The World", the spectacular grand bazaar of Tabriz. It has formed by many smaller bazaars and each bazaar contains several halls called "Timcheh". Mozaffariyeh is the most beautiful Timcheh and dedicated to carpet trading. But the bazaar isn't only for trade, thare are also many mosques and religious schools in it. Tabriz has also several museums like: Azerbaijan museum, Qajar museum, Sanjesh museum (for old measuring devices), Municipal museum, Iron Age museum, Carpet museum, Ostad Shahriar museum (the house of famouse Iranian poet, Shahriar). Tabriz has one of the biggest outdoor pools in the world: El Goli with an area of 54,675 square metres. It located in the southeast of Tabriz in a foothill with a perfect weather and there is a big park on the hill beside the pool and an amusement park. There is a monumental building among the pool that nowdays is a restaurant. In Iran, Tabriz is known as the city of "The Firsts" because many of inventions and innovations were used in Tabriz for the first time in Iran. The first printery, library, cinema, preschool, school, the deaf and dumb school, modern coin, bill, chamber of commerce, municipality, telephone, power plant, fire department, ... was made in Tabriz and Tabriz university is the second oldest university in Iran after Tehran University.