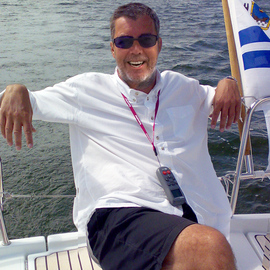 The beautiful and historically significant Helsinki Cathedral is an Evangelic Lutheran church, and for many it is the symbol of Helsinki. The church was designed by architect Carl Ludwig Engel in the 19th century as part of the Empire-style-downtown Helsinki area. The Cathedral is the main church of the Helsinki Diocese and the Helsinki Cathedral Parish. It serves people living, working and visiting downtown Helsinki and follows people in all stages of their lives, both happy and sad. The Cathedral is actively used as a place of worship and a concert hall, on each day of the week.
Copyright: Jarmo Merikoski
Type: Spherical
Resolution: 15096x7548
Taken: 14/10/2012
Uploaded: 06/11/2012
Visitas:

History and OverviewHelsinki is the capital of Finland and its largest city, weighing in at nearly 600,000 people. It's located on the south coast of Finland along the Baltic Sea, out of which they pull herring to pickle and eat with delightful mustard sauces.It all began in 1155AD when Sweden made a crusade to Finland and brought it into the Swedish raelm. The name "Helsinki" is adapted from "Helsingford" which is a Swedish word made from the parish "Helsinge" and "ford" for the rapids running through it.The city of Helsinki officially dates to 1550AD when it was founded by King Gustav I of Sweden. Its function at that point was to be a trading post in southern Finland and a competitor against Estonia's city of Tallinn, across the gulf of Finland.Growth was slow in the beginning but in time Helsinki's location came to be of strategic value, especially after Peter the Great moved the capital of Russia from Moscow to St. Petersburg.Russia invaded Finland during a period called "the Great Wrath" in the early eighteenth century, and Tsar Alexander I moved the capital of Finland farther east to Helsinki -- to make it less susceptible to Swedish influence.Russia then defeated Sweden and occupied Helsinki, giving the Swedes reason to reinforce the coast with the Suomenlinna fortress. When it was built, it was one of the world's largest dry-docks and was compared to Gibraltar.This fortress, along with Finland's new semi-autonomous status as a Grand Duchy, allowed Helsinki to develop much more rapidly than it had during the medieval trading period.The city was completely destroyed by fire in the early 19th century and rebuilding followed the style of St. Petersburg. Helsinki gained architecture worthy of a proper capital, including a University and railroad connections to its provinces and to foreign cities.With the rise of industrialism Helsinki continued growing and its population reached 100,000 by the start of the 20th century.Finland declared independence in 1917 and immediately saw a civil war, where Germany came to the aid of Finland and soon drove out the Russian troops.Helsinki was bombed by Russia during WWII but did not receive as catastrophic a damage as many other cities in Europe.Finland is one of very few countries to have a continuous record of democratic rule from before WWI to the present. It was the second country in the world in which women gained the right to vote.Finland hosted the Olympic Games in 1952, joined the United Nations in 1955 and became a member of the European Union in 1995.Getting ThereHelsinki-Vantaa Airport is forty minutes from the city center and you can reach it by bus or taxi. If that doesn't float your boat, take the ferry. You can connect by ferry to Russia, Sweden, Germany, and Estonia. Up until December of 2008 you could take a helicopter across the Gulf of Finland, however, service has been suspended at the moment.TransportationHelsinki is surrounded by several ring roads and throughways for driving, and it's the second most sparsely populated city in Europe (after Brussels.) Driving is not a bad option; look for parking in the underground garages.For public transportation there are buses, trams, ferries and a metro.People and CultureHelsinki is like Anchorage Alaska in terms of daylight. At summer solstice there's nearly perpetual light, with the sun being visible above the horizon for more than nineteen hours. The downside is that in December you get only five hours of sunlight, and the sun barely creeps above horizon level. At winter solstice even daytime is a weird perpetual sunset.The oldest traditional happening in Helsinki is the Helsinki Baltic Herring Fair. It goes back to 1743 and celebrates a special denomination of herring which are different from the southern oceanic species.The fair happens in autumn as fisherman gather in the Market Square to sell their herring and fish products -- marinated, pickled, served with dark bread lemon and herbs! Let the song be sung:"Rugged red hands and faces Traces of a life of toil Back again where you barely belong But welcome, fisherfolk, Boat-bound in mist Your herring tailored to every taste Returned to a city that needs you Once a year, in October, at least"RecommendationsIce fishing? Are you here in the winter? Do you like being outside, I mean really REALLY outside?Young people, check out the Kontula skatepark to network with punks and metalheads. Finland has a weird death-metal music scene (Suomi anyone?)Overall, Helsinki has a cool blend of Scandinavian crispness with Russian architecture that mixes eastern and western influences.Text by Steve Smith.