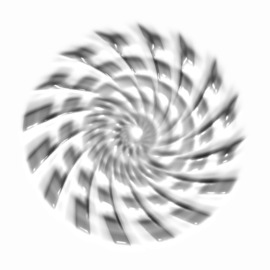 Family home of the Konstantinovichi branch of the Romanovs.

Formerly a Swedish chancellor's estate, Strelna was chosen by Peter the Great as a place for his future summer residence in 1714. Jean Baptiste Le Blond, famous for his work with André Le Nôtre at Versailles, was commissioned to prepare designs for the would-be palace and park. Le Blond envisaged the palace as a Chateau d'Eau, situated on a round island. The gardens were laid out to Le Blond's design, but the master's death prevented him from completing a more elaborate project for the palace.

In 1718, a temporary wooden palace was constructed in Strelna. It had been used by the Russian royalty as a sort of hunting lodge, and has been faithfully preserved to this day. After Le Blond's death, the commission to build the grand palace passed to Nicholo Michetti, a disciple of the great Carlo Fontana. A cornerstone was laid in June 1720, but next year it became apparent that the place was ill-adapted for installation of fountains, the reason why Peter decided to concentrate his attention on the nearby Peterhof. Disappointed Michetti left Russia, and all works in Strelna were suspended.
On ascending the throne in 1741, Peter's daughter Elizabeth intended to complete her father's project. Her favourite architect Bartolomeo Rastrelli was asked to expand and aggrandize Michetti's design. But Rastrelli's attention was soon diverted to other palaces, in Peterhof and Tsarskoye Selo, so the Strelna palace stood unfinished until the end of the century.
Leib Guard reception at the Constantine Palace. A 19th-century painting.
In 1797, Strelna was granted to Grand Duke Constantine Pavlovich(second son of Paul I) and his wife Grand Duchess Anna Feodorovna (aunt of Queen Victoria). Despite a great fire in 1803, the Constantine Palace was completed by 1807. Andrei Voronikhin and Luigi Rusca were held responsible for architecture of its upper storeys. After Constantine's death, the palace passed to his nephew, and the Konstantinovichi branch of the Romanov dynasty retained its ownership until the Revolution.

Patrick
Zamek Swiny
More About St. Petersburg
The World : Europe : Russia : St. Petersburg
✖ It looks like you’re creating an order.
If you have any questions before you checkout, just let us know at info@360cities.net and we’ll get right back to you.
Cookies help us deliver great service to you. By using this site, you agree to the use of cookies. Leave this Site