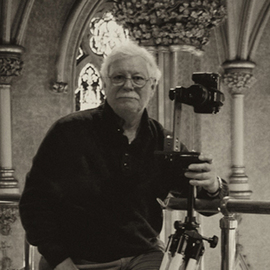 The public has only access to the Main Foyer, the Grand Staircase, the Ballroom, the Morning Room, the Drawing Room and the Dining Room.

• The front door was originally on Hollis Street. Changed during First World War because of all the brothels on Hollis street.

• In May 2010, in honour of the 100th anniversary of the Royal Canadian Navy, the portico was renamed “The Gangway” to acknowledge the close relationship between Government House and the Navy.

• The Grandfather clock dates back to 1830 and was made by Alexander Troupe, it still keeps great time.

• Government House was rededicated by Her Majesty the Queen in 2010,the plaque is inscribed in French, English, Gaelic and Mi’kmaq.

• In the glass cases are the King’s and Regimental Colours for two battalions that were raised and fought in the First World War. On the north wall are the 25th Battalion Colours and on the south wall are the 85th Battalion Colours. The Colours had origi-nally been displayed at Government House after the War and were transferred to Province House and later the Nova Scotia Archives. The Colours, which are over 100 years old, were stabi-lized and installed in October 2016

The capital of Canada is Ottawa, in the province of Ontario. There are offically ten provinces and three territories in Canada, which is the second largest country in the world in terms of land area.While politically and legally an independant nation, the titular head of state for Canada is still Queen Elizabeth.On the east end of Canada, you have Montreal as the bastion of activity. Montreal is famous for two things, VICE magazine and the Montreal Jazz Festival. One is the bible of hipster life (disposable, of course) and the other is a world-famous event that draws more than two million people every summer. Quebec is a French speaking province that has almost seceded from Canada on several occasions, by the way..When you think of Canada, you think of . . . snow, right?But not on the West Coast. In Vancouver, it rains. And you'll find more of the population speaking Mandarin than French (but also Punjabi, Tagalog, Korean, Farsi, German, and much more).Like the other big cities in Canada, Vancouver is vividly multicultural and Vancouverites are very, very serious about their coffee.Your standard Vancouverite can be found attired head-to-toe in Lululemon gear, mainlining Cafe Artigiano Americanos (spot the irony for ten points).But here's a Vancouver secret only the coolest kids know: the best sandwiches in the city aren't found downtown. Actually, they're hidden in Edgemont Village at the foot of Grouse Mountain on the North Shore."It's actually worth coming to Canada for these sandwiches alone." -- Michelle Superle, VancouverText by Steve Smith.