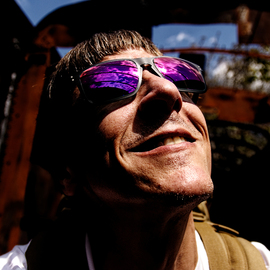 The Balmy Alley in the Mission District of San Francisco contains murials since the mid 80`s . Further you can see different types off streetart like stencils and stickers and tags even on the street!