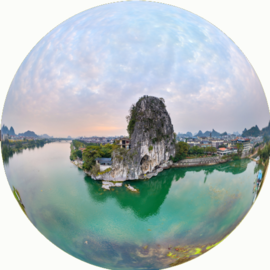 Xinjiang is located in the northwest frontier of China's regional capital Urumqi. Xinjiang stayed indoors Asian inland, west across the Pamirs. Xinjiang Taklamakan Desert in China's largest desert and the lowest basin in China Turpan Basin, as well as the longest inland river of China's Tarim River. Temperate continental arid climate. The major cities in Xinjiang's capital Urumqi, the oil city of Karamay. Xinjiang Tianshan Tianchi spots there, the Huoyanshan Turpan, Kashgar Mosque. There Altai Mountains in northern Xinjiang, southern Kunlun Mountains, Karakorum Mountains and the Altun Mountains. Tianshan, Xinjiang, as a symbol across the middle, forming the southern and northern Tarim Basin, Junggar Basin. Customary to call the area south of the Tianshan Mountains in southern Xinjiang, northern Tianshan area north called to Hami, Turpan Basin, called the east Xinjiang. Xinjiang three snow mountains and glaciers bred together more than 500 rivers, located in North and South Tianshan Basin, the larger are the Tarim, Ili, Irtysh, Manas river, ulungur, Kaidu River more than 20. Many cross the river, there are numerous oasis garden terraced rice paddies, villages and towns the sea, input on "ten-mile Peach 10000 willow" in Beyond the Great scenery. This is the people of all nationalities in Xinjiang interest-bearing activities, the main base for generations to come. Xinjiang has many beautiful lakes and natural scenery, with a total area of 9,700 square kilometers, accounting for 0.6% of the total area of Xinjiang for more than ten of them the famous lakes: Lake Bosten, Ebinur, Buluntuohai, A Yage Curry Lake, Sailimu Lake, Ah-Ge kul Lake, Whale Lake, Ji Li Lake, aksay Lake, exme Lake.  Cotton in Xinjiang in connection Setsurei, lined with Bingfeng to form a unique large glaciers, a total of 186 thousand, with a total area of more than 24,000 square km, accounting for 42% of area of glaciers and ice reserves of 258 million cubic meters, Xinjiang's natural "solid reservoir." Is extremely rich in water resources in Xinjiang, per capita highest in the country, to be vigorously developed. Desert the country's total desert area of 2 / 3, which covers an area of the Taklimakan Desert, 336.7 thousand square kilometers, is China's largest desert, the world's second largest mobile desert, next to the desert on the Arabian peninsula Lubuhali. Junggar Basin gurban Tongut desert, an area of 48,000 square kilometers, China's second largest desert. In the desert of Xinjiang is rich in oil and gas resources and mineral resources. China's dry, hottest, the coldest places in Xinjiang. China's longest inland river, the lowest depressions, the largest desert in Xinjiang are. In Xinjiang can watch the world-famous Yardang Landform, wind erosion mushrooms, caves, stone forest, as well as a mirage in the desert, windblown sand call and other unique natural landscape. The desert of Xinjiang, there are numerous rare plants and animals for visitors to view.