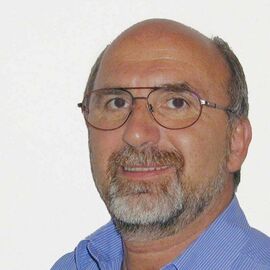 Likir Monastery or Likir Gompa (Klud-kyil) is a Buddhist monastery in Ladakh, northern India, located approximately 52 kilometres (32 mi) west of Leh. It is picturesquely situated on a little hill in the valley near the Indus River and the village of Saspol about 9.5 kilometres (5.9 mi) north of the Srinigar to Leh highway. It belongs to the Gelugpa sect of Tibetan Buddhism and was established in 1065 by Lama Duwang Chosje, under the command of the fifth king of Ladakh, Lhachen Gyalpo (Lha-chen-rgyal-po). Although Likir now seems rather out of the way, it used to be on a major trade route which travelled via Tingmosgang, Hemis and Likir to Leh.

The monastery has two assembly halls, known as Dukhangs and the older one is located on the right of the central courtyard with six rows of seats for the lamas and a throne for the Head Lama of Likir. The Dukhangs contain statues of Bodhisattva, Amitabha, three large statues of Sakyamuni, Maitreya and Tsong Khapa, founder of the yellow-hat sect. The verandah has thangka paintings of the Guardians of the Four Directions and wheel of life mandala held by Yama and the courtyard has a large Jupiter tree, a rare species. The Dukhang contains glass-fronted bookcases holding the Kandshur and the Thandshur and two rolled-up thangkas hang from the beams close to entrance containing pictures of Sakyamuni and Likir's guardian divinity. The monastery is also a repository of old manuscripts, has a notable thangka collection and old costumes and earthen pots. Sitting on the roof is a 23 metre (75 ft) high gilded gold statue of Maitreya (the future) Buddha. It was completed in 1999.

The newer Dukhang, about 200 years old is located diagonally across from the courtyard's entrance and contains a statue of Avalokitesvara with 1000 arms and 11 heads. Bookcases stand at the statue sides, with the volumes of the Sumbum, describing the life and teachings of Tsong Khapa. The left wall has paintings of the 35 Confessional Buddhas while the right wall has an image of Sakyamuni with two of his chiefs by his side.

A ladder leads out of the hall, followed by a doorway into the courtyard which in turn leads to the Zinchun, which is the head lama's room which contains mainly thangkas and images of lamas and the 21 manifestations of the White Tara, the consort of Avalokitesvara. Then there is the Gonkhang room which is dedicated to the guardian divinities which is accessed by descending the stairs outside the courtyard of the head lama's room. The Gonkhang was created in 1983 when the monastery underwent renovation and was completed a year later The walls of the Gonkhang contain thangkas of the divinities as does a glass-fronted room in front of the Gonkhang.

MISHA Photography
View from Prince Street Bridge in Bristol at dawn. Through the eyes of a Giant series.