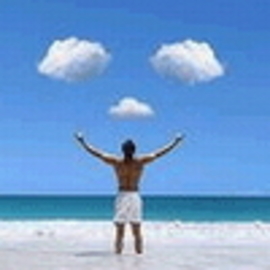 The Kek Lok Si Temple is a Buddhist temple situated in Air Itam in Penang and is one of the best known temples on the island.The construction of the temple began in 1893 and was inspired by the chief monk of the Goddess of Mercy Temple at Pitt Street. With the support of the consular representative of China in Penang, the project received the sanction of the Manchu Emperor Guangxu, who bestowed a tablet and gift of 70,000 volumes of the Imperial Edition of the Buddhist Sutras.


The primary benefector of the the Kek Lok Si Temple in 1906 was none other than Kapitan Chung Keng Quee.In 1930, the seven storey main pagoda of the temple or the Pagoda of 10,000 Buddhas, was completed. This pagoda combines a Chinese octagonal base with a middle tier of Thai design, and a Burmese crown; reflecting the temple's embrace of both Mahayana and Theravada Buddhism.

In 2002, a 30.2m bronze statue of the Kuan Yin was completed and opened to public. The statue is located on the hillside above the pagoda.The rambling temple consists of many prayer halls, pagodas, bell towers and just about every other typical temple structure you can think of, in varying styles from Burmese to Chinese to Thai. However, two structures dominate the scenery, especially when the temple is seen from afar. One is the seven storey pagoda which dates from the temple's founding. The other is a huge bronze statue of the Goddess of Mercy, Kuan Yin -- a popular diety in Penang. The statue was newly completed in mid-2003 but construction of various surrounding structures is still under way.

The history of Kek Lok Si can be traced to the late 19th century. The founder and first Abbott of Kek Lok Si was the Venerable Beow Lean, who was born into a devout Buddhist family in Fujian province in 1844. At the age of 33, he left his occupation as a businessman to devote his life to the teachings of Buddhism. In 1885, he came to Penang with the aim of obtaining donations for the renovation of a monastry in Fuzhou, China.

As faith would have it, the trustees of the oldest temple in Penang, the Kuan Yin Teng (Godess of Mercy Temple) in Pitt Street, offered him the position of Chief Monk-in-residence. Impressed by the deep devotion of the Penang Chinese to Buddhism, he accepted and settled down in Penang."A man determined can move a mountain, but a man devoted can carve one". It was through the sheer diligence, determination and devotion of Venerable Beow Lean that the Kek Lok Si temple began to take shape. With the blessing of his superiors and the unstinting support of five local tycoons, the first phase of the temple complex, which consisted of a series of monasteries, prayer halls, and landscaped gardens, was built between 1891 and 1905.

Even in those early times, fund-raisers were experienced enough to dedicate structures and artefacts to the temple's benefactors. These five substantial benefactors became known as the "Big Five Supporters" of the Kek Lok Si and their life-like sculptures and those of a few other donors are kept in the upper floors of the Tower of Sacred Books, to perpetuate the memory of their generosity.Such was the renown of Kek Lok Si, it even gained the imperial sanction of the Manchu Emperor Kwang Xi who presented the temple with a set of 70,000 volumes of the Imperial Edition of the Buddhist Sutras, the Emperor's hand-written scripts, and several other relics.

Well-known Empress Cixi of the Ching Dynasty also wrote and presented hand-written scripts to the temple. The inscription in Chinese calligraphy Ta Seong Pao Dian on this plaque (picture, right) was written by His Majesty Emperor Kuang Xi of Ching Dynasty and was presented to the First chief Abbot of Kek Lok Si in 1904.Today, these priceless heritage relics still exist in the temple archives.

Deema
The Pool without water

Deema
The gas-masks on the floor