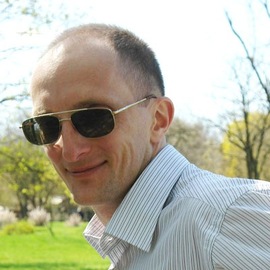 Hằng Nga guesthouse (Vietnamese: Biệt thự Hằng Nga), popularly known as the “Crazy House”, is an unconventional building designed and constructed by Vietnamese architect Đặng Việt Nga in Đà Lạt, Vietnam. Described as a “fairy tale house”, the building’s overall design resembles a giant tree, incorporating sculptured design elements representing natural forms such as animals, mushrooms, spider webs and caves. Its architecture, comprising complex, organic, non-rectilinear shapes, has been described as expressionist. Nga has acknowledged the inspiration of Catalan architect Antoni Gaudí in the building’s design, and visitors have variously drawn parallels between it and the works of artists such as Salvador Dalí and Walt Disney. Since its opening in 1990, the building has gained recognition for its unique architecture, being highlighted in numerous guidebooks and listed as one of the world’s ten most “bizarre” buildings in the Chinese People's Daily. The guesthouse’s exterior is decorated with twisting organic forms. A cave-shaped stairway. Hang Nga guesthouse was originally built as a personal project by Vietnamese architect Dang Viet Nga, opening to the public in 1990. Nga, daughter of Trường Chinh, who received a PhD in architecture from the University of Moscow, has stated that her overall design was inspired by the natural environment surrounding of the city of Da Lat, along with the work of Catalan architect Antoni Gaudí. Architecture Rather than using standard architectural plans as blueprints, Nga produces paintings, and hires non-professional local craftsmen to transform these into structural elements. Few right angles are found throughout the building, which instead boasts a complex organic structure echoing natural forms. The building’s exterior resembles a five-story-high banyan tree, with unevenly shaped window openings and branch-like structures that "grow" along its walls and rise above the roof into the sky. Describing it as a "fairy tale house", observers have variously drawn comparisons between the building's architecture and the works of Salvador Dalí and Walt Disney. In attempting to classify the building’s architecture, the People's Committee of the city of Đà Lạt described it as “expressionist”. https://en.wikipedia.org/wiki/H%E1%BA%B1ng_Nga_Guesthouse
Copyright: Oleksiy Myroshnykov, Pano.Grades.Ua
Type: Spherical
Resolution: 11568x5784
Taken: 24/02/2016
Subida: 04/04/2016
Número de vistas:

igor baskakov
Maldives Gan
More About Vietnam
The World : Asia : Vietnam
✖ It looks like you’re creating an order.
If you have any questions before you checkout, just let us know at info@360cities.net and we’ll get right back to you.
Cookies help us deliver great service to you. By using this site, you agree to the use of cookies. Leave this Site