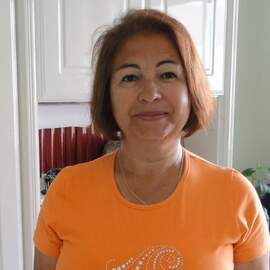 The village has two names because it is made up of two villages. Sils Baselgia grew up around the church of Saint Laurent. Sils Maria, the largest village, grew up around a large dairy farm. Sils is a peaceful village located between Lake Sils and Lake Silvaplana at the foot of Piz Corvatsch, (3,303 meters), in the Region of Maloja, Upper Engadina in the Canton of Graubünden, Switzerland. Located on the border between Tyrol and Italy, at the end of the spectacular Engadin Valley, 1,802 meters above sea level and just 10 km southeast of St Moritz, the small village is as beautiful in summer as in winter. Sils has been a popular tourist destination for authors, musicians and painters: from Friedrich Nietzsche to Chagall, from Thomas Mann to David Bowie, and from Albert Einstein to Charlie Chaplin, etc. they were inspired by the magical light and fantastic views of Sils Maria, which contributed to Sils' reputation, which today is a place of great culture contributing to this, the Engiadinaisa Library, the Robbi Museum and the Nietzsche House. A summer weather phenomenon involving its glacial valley carved out of the rock, a stream of snake-like clouds that sail from Sils Maria to Silvaplana, is simply magnificent and intriguing. In this fantastic scenario, the film, Clouds of Sils Maria, won the Palma d’Ouro in 2014 at Cannes film Festival.
Copyright: Isabel Marques
Type: Spherical
Resolution: 6000x3000
Taken: 15/08/2019
Chargée: 15/05/2021
Affichages ::