Бородинская битва 1812 г. Музей-панорама. Battle Of Borodino Museum Moscow
Out of this World 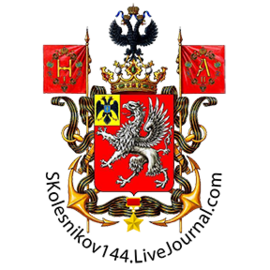 Battle of Borodino fought on September 7, 1812. It was the largest and bloodiest single-day action of the French invasion to Russia and all Napoleonic Wars, involving more than 250000 troops and resulting in over 70000 casualties.

Museum “Panorama The Battle of Borodino” is one of the well-known and popular military museums in Russia. The history of the museum dates back to September 11, 1912, when the Borodino Panorama was opened to the public in Moscow.  It was painted by russian-german painter Franz Roubaud (Rubo). In 1962 it was rehoused in a new building on Kutuzovsky Prospect.

The panorama of the Battle of Borodino is the museum's main exhibit. The painting is 115 meters long and 15 meters high. The artist chose to depict the decisive moment of the battle - 12.30 p.m. on the 7th of September - when the most vivid and typical events in the battle took place. It was against this flank that Napoleon struck his main blow.

The planet Earth has proven to be too limiting for our awesome community of panorama photographers. We're getting an increasing number of submissions that depict locations either not on Earth (like Mars, the Moon, and Outer Space in general) or do not realistically represent a geographic location on Earth (either because they have too many special effects or are computer generated) and hence don't strictly qualify for our Panoramic World project.But many of these panoramas are extremely beautiful or popular of both.So, in order to accommodate our esteemed photographers and the huge audience that they attract to 360Cities with their panoramas, we've created a new section (we call it an "area") called "Out of this World" for panoramas like these.Don't let the fact that these panoramas are being placed at the Earth's South Pole fool you - we had to put them somewhere in order not to interfere with our Panoramic World.Welcome aboard on a journey "Out of this World".