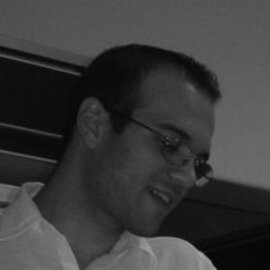 Apostolos Andreas Monastery is a monastery situated just south of Cape Apostolos Andreas (Cape of Saint Andrew, which is known to the Turkish Cypriots as Cape Zafer), which is the north-eastern most point of the island of Cyprus, in the Karpass Peninsula (currently it is in the Turkish Republic of Northern Cyprus since 1974).


The monastery is dedicated to Saint Andrew (Apostle Andreas). According to the holy books, he was the first person to be called for induction to priesthood by Jesus Christ, His title was O Protoklitos meaning:‘the one first called.

The monastery is one of the pilgrimage centres of the Cypriot Orthodox Church. It was once known as 'the Lourdes of Cyprus', served not by an organized community of monks but by a changing group of volunteer priests and laymen.

An enormous modern plaza of pilgrims' lodgings frames the slightly older monastery buildings wrapped around the central church. Below, the modern church steps lead down to a square, vaulted chapel, three baptismal basins fed by a sacred spring and an old wharf. It was on this site that it was said St. Andrew briefly landed in Cyprus on his final missionary journey back to his Palestinian homeland. His footfall revealed a spring whose waters miraculously healed the blind captain of his ship.

A fortified monastery stood here in the 12th century, from which Isaac Comnenus negotiated his surrender to Richard the Lionheart, though the chapel built in the 15th century is the oldest surviving building.

The Karpass Peninsula (Greek: Καρπασία, Turkish: Karpaz), also known as Karpasia or Kirpasa is a long, finger-like peninsula that is one of the most prominent geographical features of the island of Cyprus. Its farthest extent is Cape Apostolos Andreas, and its major population centre is the town of Rizokarpaso (Turkish: Dipkarpaz). Since the Turkish invasion and occupation of 1974 the peninsula resides within the de facto Turkish Republic of Northern Cyprus.Karpass Peninsula is home to wild donkeys which are known as the symbol of Cyprus. There are some campaigns carried out by Turkish and Greek Cypriots to save the endangered donkeys in Karpass. http://en.wikipedia.org/wiki/Karpaz