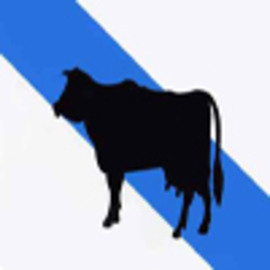 A Castle in the Sobrosa, Mondariz territory which was granted through this medieval monument, named Villa. Vilasobroso is now one of eleven institutions of great Mondariz parish and it boasts one of the most popular and well-known strengths of Galicia.

The Tea is a river which rises in the mountains of Suido and flows into the Miño, after touring the whole region of Condado, which also owns the large Mondariz. In this county creates natural spaces of great beauty and some paths allow us to appreciate.

Legend has it that the castle and the River Queen Urraca had built a cave in which their agencies would agree to her lovers, who says the same myth, his majesty came here to avoid its many sins. No one ever found such a tunnel, but it's worth visiting this medieval gem, one of the few of its features available in Spain. It has been totally restored by the Galician government and is owned at present municipality of Sanxenxo, which keeps it in use and service as a cultural asset.

The history of Condado runs parallel to this century fortress X. Its name comes from the "Sobreiros" or "Corticeira" that existed and still exist in its magnificent setting, restored as a park. In 1117 had much prominence in the struggle between supporters of Dona Urraca and her son, Alfonso VII and in 1379 King John I gave it to Pedro Ruiz de Sarmiento, Lord of Ribadavia. In the fifteenth century would go to Alvaro de Sotomayor, who lived in it until the Irmandiños destroyed it in 1467. The Count of Torrecedeira rebuilt, but it would be its last owner, Carrera Alejo Munoz, who eventually sold the municipality of Sanxenxo, which retains ownership.

In Mondariz river trail invites us to see the river especially Tea, in a stretch where we can enjoy three beaches. It is a journey of three miles and has been declared Natural Area. Because of his interest is part of the European Natura 2000 network. Its onset is given Cernadela laPonte of Roman origin and was rebuilt in the fifteenth century. Its environment is beautiful and in summer becomes the first of three river beaches. The second is Foxaco and from there follow the path until the third of the beaches, the O Val. In this area, it contains a large area with native riparian forest. End the trip at the bridge do Cruxón, and in Mondariz Spa.

There is another route recommended in our visit to the great Mondariz. La Ruta de los Molinos de Gargamala beginning at the Church of Santa Maria and ends at the town of Clay. On the way, are mixed with the monumental ethnographic and landscapes typical of Fraga. For the old wagon road discover petroglyphs, water mills, wild horses, crosses and even picnic and a shield of the Inquisition.

Luciano Correa | Vista Panoramica
Parque Do Cristo em São Pedro SP
More About Spain
The World : Europe : Spain
✖ It looks like you’re creating an order.
If you have any questions before you checkout, just let us know at info@360cities.net and we’ll get right back to you.
Cookies help us deliver great service to you. By using this site, you agree to the use of cookies. Leave this Site