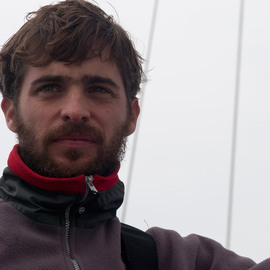 The Cathedral of Santa María la Menor in the Colonial Zone of Santo Domingo is dedicated to St. Mary of the Incarnation. It is the oldest cathedral in the Americas, begun in 1512 and completed in 1540. The Cathedral once held the title Primate of the Americas, it has since been the only Archdiocese to have held this title.

It is located between Calle Arzobispo Merino and Isabel la Católica, next to Columbus Park in the city of Santo Domingo de Guzman.

The Cathedral is fronted with a golden-tinted coral limestone façade, the church combines elements of both Gothic and Baroque with some lavish plateresque styles as exemplified by the high altar chiseled out of silver. There is also a treasury which has an excellent art collection of ancient woodcarvings, furnishings, funerary monuments, silver, and jewelry.

The Cathedral was consecrated by Pope Julius II in 1504 and its construction began in 1512 under the leadership of Bishop Fray García Padilla. The arrival of Bishop Alexander Geraldini in 1519 motivated the construction of a temple of greater solemnity, so it was decided to build the current church, whose foundation stone was laid in 1521. The construction was carried out by Luis Moya, according to plans designed by Alonso Rodriguez, of Seville, Spain. By 1523, the construction achieved continuous progress until his its consecration in 1541. On February 12, 1546, at the request of Emperor Charles V, Pope Paul III granted the status of Metropolitan Cathedral and Primate of the Americas. It was also the headquarters of the Archdiocese of Santo Domingo, which bore the aforementioned title of Primate. In 1920, Pope Benedict XV designated the Cathedral a Minor Basilica in his Inter Americae.

The Dominican Republic is a nation on the island of Hispaniola, part of the Greater Antilles archipelago in the Caribbean region. The western third of the island is occupied by the nation of Haiti, making Hispaniola one of two Caribbean islands, along with Saint Martin, that are shared by two countries. Both by area and population, the Dominican Republic is the second largest Caribbean nation (after Cuba), with 48,442 square kilometres (18,704 sq mi) and an estimated 10 million people.Source:Wikipedia