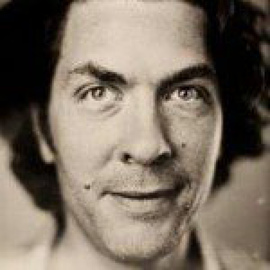 If you haven't already done so here in this famously historic city, the Charles Bridge is a good place to go and let down those pesky mental blinders that keep you focused only on the present moment. Imagine the lives that have come and gone on this short span of stone. Run in the footsteps of the Czech townspeople as they battled the Swedish right here on this very bridge, in 1648.

Watch at the summer solstice and notice that, when standing at the eastern bridge tower, the sun drops right down over the tomb of kings in the Prague Castle. In the photo the eastern tower is the one that's farther away, with clouds behind it. The western one shows you two towers, one is the last remnant of the Judith bridge which predated the Charles.

This is not an accident -- astronomy and alignment of buildings was absolutely essential in manifesting God's plans on earth, back in the 14th century. Call it harmony of the stones, call it the divine right of kings, call it building better than you know. Call it whatever you want, it still won't come running. It's only a bridge.

If you're sensitive to the religious world, take a moment at St. John of Nepomuk's statue and re-live his fatal leap from the bridge, assisted by the drunken fury of a certain King Wenceslas. Rub the brass doggie for good luck, it will protect your secrets. This statue will be on your left, heading across towards the eastern end. Look for the seven brass stars embedded in the railing, which appeared in the skies overhead on the night he was martyred.

Have you been served the slice of hard boiled egg on the side of your plate yet, with a traditional czech meal? Legend has it that those eggs are a reminder of the collective effort in building the bridge. The masons needed thousands of eggs to strengthen the mortar mix used to hold these massive stones together. Apparently adding eggs gives it the consistency it needs to stick in place while hardening, I'm not making this up, and you can still find traces of egg proteins if you chemically analyze the stuff. It's been done, this is for real. People brought them by the bucketload from miles around.

For all my numerologists out there, the birthdate of this bridge, which happens to be the oldest one in the city, makes a nice little triangle of odd numbers reading 1-3-5-7-9-7-5-3-1. The year was 1357, the date was 9th of July, at 5:31am when they laid the first stone. Talk about urban planning! Odd numbers were thought to have greater stability than even ones, maybe because they resist being divided in half? Does this make architectural harmony? Well, the bridge did just celebrate its 650th anniversary in the summer of 2007AD (it was bangin'!)

...and consider what they did with those numbers! 5:31am on that exact date and year is the ONLY POSSIBLE 60 SECOND PERIOD IN ALL OF THE GREGORIAN CALENDAR when that alignment of numbers can show up. Who says slot machines are a new invention?

The Stare Mesto side of the bridge is really pandemonium compared to the Mala Strana side. Spend an afternoon in <