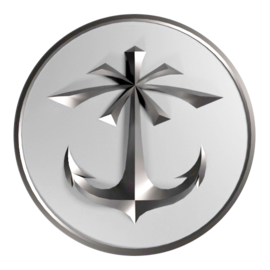 In 1883g. in Yalta in the city park was built theater designed by architect G. Schreiber. The history of the theater associated with the names of an entire galaxy of eminent persons: FI Shalyapin and SV Rakhmaninov. At the stage of the whole team performed the Moscow Art Theater, headed by KS Stanislavsky and VI Nemirovich-Danchenko. Among the spectators in the theater ever AP Chekhov, A. M. Gorky, DN Mother-Sibiryak, IA Bunin, AI Kuprin, N.Garin-St Michael, K. Stanyukovich, VV Veresaev etc.

In September 1900g. building of the theater burned down. In 1903. Project Architect
LN Shapovalova built a new stone building. In 1944. Nazis burned down the theater. After the liberation of the city of Yalta, and the theater was rebuilt on its stage were the first military ensembles. In the same year, the theater was named after
AP Chekhov.
Throughout the years, in Yalta, the largest theater in Moscow,
Leningrad, Sverdlovsk, Kiev, Simferopol, etc. The tour came theaters United States (Boston), the UK, Norway, Hungary.
The theater was in need of major repairs and in 1996. was closed until 2006.
(Since 1996. In 2006. The theater was closed and destroyed represents a sad sight).
Reconstruction Theater. AP Chekhova carried out in Turkey, a leading construction company LLC «Erbek» led by President Erdzhanom Bekarom. (PHOTO)
The basic principle of the company «The speed and quality in construction with the use of high technologies».
Restoration of the theater began in March 2006. and for a short period of theater was built and equipped with high-quality facilities that meet modern requirements.

More About Ukraine
The World : Ukraine
✖ It looks like you’re creating an order.
If you have any questions before you checkout, just let us know at info@360cities.net and we’ll get right back to you.