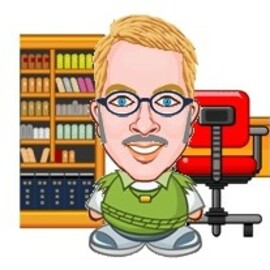 Place d'Albertas is a square in Aix-en-Provence, located in the city centre. On the site of the Place d'Albertas, Jean Agar, adviser to the Parliament of Aix, owned a house in the 16th century which was bought by a family from Marseille, the Paulhe, who then sold it to the d'Albertas, one of the largest families in Aix-en-Provence in the 18th century, originally from Alba, Italy, who had settled in the Apt region in the middle of the 14th century. In 1724, the Marquis Henri Reynaud d'Albertas, King's Counsellor and first president of the Court of Auditors of Provence, commissioned Laurent Vallon, the city architect, to renovate his private mansion. From 1735 to 1741, he bought the houses opposite his residence and had them demolished. On the space thus freed, his son Jean-Baptiste d'Albertas had an elegant little square designed in the Parisian style of the royal squares built in 1745-1746 in front of his father's hotel to the north. He entrusted its construction to Georges Vallon, who had succeeded his father Laurent as city architect. The square is lined with four small hotels with uniform facades, whose windows are decorated with iron balconies. In 1862, a fountain was erected in the centre of the square. Then in 1912, a metal ornamentation, made by the students of the school of arts and crafts of Aix-en-Provence, was added to it. Since a decree of 21 July 2000, the facades and roofs of the buildings bordering the Place d'Albertas, as well as the fountain and the flooring of the square and Rue Esperiat, have been classified as historic monuments.
Copyright: Yves Provence
Type: Cylindrical
Resolution: 27136x4897
Taken: 11/05/2020
Uploaded: 11/05/2020
Views: