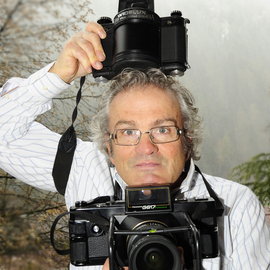 Val di Sole keeps growing up and becomes the world’s point of reference for the Mountain Bike.

After the celebrated 2008 World Championships with the enthusiastic participation of the best riders, in front of a very large crowd. This success has been confirmed with the World Cup held last year on the challenging Worlds’ courses.

This year, from 17th to 21st of August, Commezzadura in Val di Sole, Trentino, will host the World Cup Finals.

The best athletes compete all the season around the world, sometimes winning, sometimes losing, challenged by the best courses on the planet. The most winning athletes of all categories will struggle, here in Val di Sole, to raise the World Cup 2011: the only italian round of the most important international circuit, the final act that will deliver the coveted Cup to the strongest athlete in the world. Three bike sports in search for the strongest in the different categories of men and women:

* Olympic Cross Country (XCO) is the classic Mountain Bike racing, with races on dirt terrain with climbs, descents, and difficult passages on a circuit to be repeated several times, depending on the category. Fatigue, sweating and tactics for a race full of emotions to live, life, on the course.

* Downhill (DHI): individual race against the chronometer on downhill slopes with spectacular leaps of ramps for bikers. Great courage, technique, advanced technology and a bit of madness for a discipline full of adrenaline.

* Four Cross (4X): four athletes face at same time on a short and enjoyable path, racing a few meters from the spectators. Full of bumps and jumps, parabolic curves for a really thrilling night show animated by these modern gladiators.

Trentino-Alto Adige/Südtirol consists of two provinces: Trento and Bolzano-Bozen. The region was part of Austria-Hungary (and its predecessor, the Austrian Empire) from 1815 until its annexation by Italy in 1919. Together with the Austrian state of Tyrol it is represented by the Euroregion Tyrol-South Tyrol-Trentino.More informations on Wikipedia