Democracy. What Democracy?
Out of this World 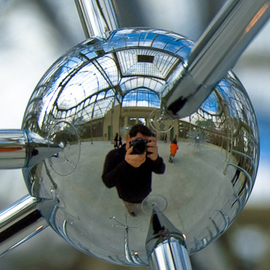 Capitalists still determined to make money and nothing else, because they still cling to their banks, their notes and their titles "

In a broad sense, democracy is a form of social interaction in which members are free and equal and social relations are established according to contractual arrangements.

• The priorities of any advanced society must be equality, progress, solidarity, freedom of access to culture, ecological sustainability and development, welfare and happiness of the people.

• There are basic rights that should be covered in these societies: the right to housing, employment, culture, health, education, political participation, to free personal development and consumer rights for goods necessary for a healthy and happy life.

• The current functioning of our government and economic system does not meet these priorities and is an obstacle to the progress of humanity.

• Democracy of the people (demos = people, cracy = government) so the government should be the people. However, most of the political class does not even listen to us. Its functions should be to bring our voice to the institutions, facilitating the political participation of citizens through direct channels and seeking the most benefit for the wider society, not to get rich and prosper at our expense, attending only to the dictates of major economic powers and holding on to power through a dictatorship headed by the immovable partitocrática initials of Capitalism.

• The desire and accumulation of power in a few create inequality, tension and injustice, The obsolete and unnatural economic model in the social machinery blocks in a spiral that consumes itself by enriching a few and plunging in poverty and scarcity to rest. To collapse.

• The will and purpose of the system is the accumulation of money, above primándola efficiency and welfare of society. Wasting resources, destroying the planet, creating unemployment and unhappy consumers.

• Citizens are part of the gear of a machine designed to enrich a minority which does not know our needs. We are anonymous, but without us none of this would exist, because we move the world.

• If as a society we learn to not trust our future to an abstract economic returns that never in the interest of the majority, we can eliminate the abuses and shortcomings we all suffer.

• We need an ethical revolution. We have put money above human being and we have to put our service. We are people, not products market. I am only what I buy, why I buy and who to buy.

But who can believe at this point that the people are sovereign? What would happen if they were armies with people who adjudicasen the military budgets? For surely would be much lower. A system such as Spanish, with closed lists and absolute majority in the government, is not a true democracy. It is only a formal democracy. It is an authoritarian democracy. But I do not mean this to be so only in Spain. How come a president of the United States? Well dint of money for the campaign. Then the president will return the favor by leaving him all that money. Those who bet on him. And that's not democracy. But I think I could articulate a more democratic system. Democracy can reinvent itself, is not over. If for example each taxpayer could determine the fate of the money paid to the tax declaration, if for example every citizen could choose the destination of 40% of your taxes, you get that instead of once every four years the citizens vote once a year, and in a much more direct. It's in the budget where the real policy is. Give the people the capacity to decide on what to spend the money would increase democracy, make it more real.

The planet Earth has proven to be too limiting for our awesome community of panorama photographers. We're getting an increasing number of submissions that depict locations either not on Earth (like Mars, the Moon, and Outer Space in general) or do not realistically represent a geographic location on Earth (either because they have too many special effects or are computer generated) and hence don't strictly qualify for our Panoramic World project.But many of these panoramas are extremely beautiful or popular of both.So, in order to accommodate our esteemed photographers and the huge audience that they attract to 360Cities with their panoramas, we've created a new section (we call it an "area") called "Out of this World" for panoramas like these.Don't let the fact that these panoramas are being placed at the Earth's South Pole fool you - we had to put them somewhere in order not to interfere with our Panoramic World.Welcome aboard on a journey "Out of this World".