The Concrete jungle or Male city in short.
Maldives 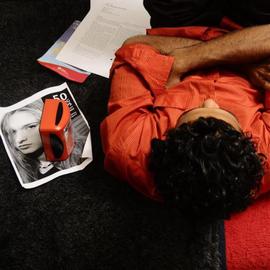 Male', the capital of the Maldives, is the commercial center, seat of government and the location of many important historical  and religious landmarks. With an area of just over 1.77 square Km, it is home to over seventy thousand people, and the  busiest and the most populous island in the archipelago. In the past, it has been known as the Sultan's island.

The Grand Friday Mosque, Masjid-al Sultan Mohamed Thakurufaanu-al-A'z'am is the biggest mosque in the Maldives. It also  includes the Islamic center. This grand mosque with its dominant golden dome decorates the facade of Male'. It can accommodate  over five thousand worshippers at a time. Nearly all visitors to Male' take time to visit this magnificent landmark.

The old Friday mosque with its unique minaret and the tombs of national heroes and members of royalty resting in the quietness  of its compound, gives the visitor a glimpse of the past. The art in the mosque and royal blue grounds are unique and invaluable.

Other important sites in Male' include the tombs of legendary saints, Mulee-aage - the previous Presidential Palace, the  Presidential Palace built recently, and the national museum in the Sultan Park which shows the glories of a different era. All  these are within a ten minute stroll.

The fruit and vegetable market and the firewood market are busy and colorful places where islanders from outer atolls trade  their goods. The fish market nearby, is always immaculately clean, until the fish is landed in the busy hours of late afternoon when  fisher folk begin to arrive with the day's catch. The fishermen cutting and cleaning the fish have developed the process to an art. It is a  clean and well-maintained area that generates much interest from visitors and provides a glimpse into the life of typical Maldivian  fisher-folk.

Martin Broomfield
Kelburne Tea Estate, Haputale, Sri Lanka
More About Maldives
The World : Maldives
✖ It looks like you’re creating an order.
If you have any questions before you checkout, just let us know at info@360cities.net and we’ll get right back to you.
Cookies help us deliver great service to you. By using this site, you agree to the use of cookies. Leave this Site