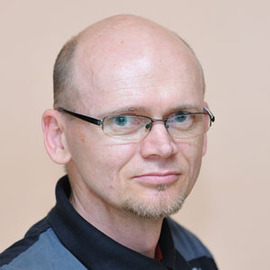 The oldest indication of Hričov dates back to 1208, when the castle was mentioned as a possession of the Nitra diocese. In 1254, the King Belo IV. gave away the castle and its estates to Master Toluš. The  Balaš family tried  to obtain the castle in 1270 – 1280. They managed it for a short time, but later the castle was captured by their archenemy Matthew Csák of Trenčín. The Balaš family  regained  the castle after Matthew's death in 1321. In  the mid-14th century, the castle was again in royal hands. In the 1440s, the fortress was seized by the Hussites.

In 1469, the castle‘s owner became Blažej Podmanický. After his death, Viliam Tettauerobtained the castle, but Blažej‘s son Václav Podmanický protested against this. Subsequently,the Nitra diocese regained the castle, and later Michal Imrefy became its owner. In 1527, the castle fell  into German hands. In 1536, the brothers Ján and Rafael Podmanický  retook  Hričov Castle back from the Germans. After the death of Rafael Podmanický in 1558, the castle fell  into the hands of the royal chamber, which  released it together with its estates and the town of Bytča to  Anna Likarka. Ján Kilian, who came from Milan, worked for her as an estate administrator and   took care of maintenance of the castle, where he resided. Anna Likarka held Hričov and Bytča until 1563, when this property was acquired by František Thurzo. After the death of František Thurzo, Hričov was managed by his widow Katarína Zrínska. In 1586, all Thurzo ‘s estates  were  acquired  by the eldest son of František Thurzo - George Thurzo. In 1605, the poorly guarded castle was destroyed by Bočkay’s  hajduci. Between 1617 – 1621, the  Thurzo estates were administered by Georges‘s son  Imrich Thurzo and after his death by the widow after Juraj, Elisabeth Thurzo Czobor, until 1626.
The Thurzo’s gave  little consideration  to Hričov, so the abandoned castle had already begun  to deteriorate throughout  the 17th century.  As the following  decades saw  no renovation, it gradually turned into ruins. Today, a walk through them can remind  us of the castle’s ancient history.

Igor Krucko
CARCROSS DESERT
More About Slovakia
The World : Europe : Slovakia
✖ It looks like you’re creating an order.
If you have any questions before you checkout, just let us know at info@360cities.net and we’ll get right back to you.
Cookies help us deliver great service to you. By using this site, you agree to the use of cookies. Leave this Site