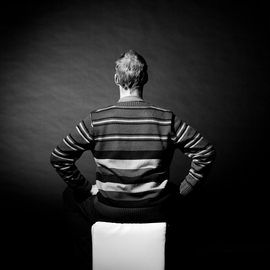 This Renaissance building located in Dominikánská Street has belonged to The Brno House of Arts since 1958. Gallery G99 and art cafe Trojka can also be found in this complex.

The house of lords of Kunstat is one of the two renaissance buildings still in tact, located in the center of Brno. The origins of these buildings is dated to the first half of the fourteenth century when the first stand-alone townhouses were built. The core of this complex is a building belonging to a Herald of Kunstat, after whom the whole complex still is named today.

In 1358 the second house was added by Petr of Kunstat, which was followed by a thorough reconstruction into a renoissance palace in 1585-1599 by Jan of Pernstejn.

It was sold to the city Brno in 1708 and was used as a market place throughout the 18-th century.

In the 19-th century its primary use was in the field of local town administration untill the bombardment in 1944. Later, in 1955, it was reconstructed by architect Mojmir Kyselka to a cultural center of town Brno.

From 1958 untill today it is in use of Brno House of Arts and the last reconstruction was done in 1990-2002 by arch. Jaroslav Cerny

Brno is Czech's second largest city. It's a place full of peaceful country folk who drink more wine than Bohemians, their Czech friends to the west. Brno hasn't been trampled by many tourists, so it has quite a different character than the capital city, especially from the eyes of a visitor.