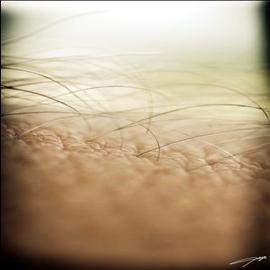 Ancient University or Escuelas Pias is one of the most important buildings in the historic center of Gandia. The building of Escuelas Pias began as the first university of Gandia. It was founded by Duke San Francisco de Borja in 1549. Escuelas Pias, Old University calls today also was not donated to the Society of Jesus (known as the Jesuits). For several centuries the university was one of the most important centers in the area of its kind. In her college classes to iconic people of the time were given until in 1767 the Jesuits were expelled from Spanish territory.

This fact led the disappearance of University Gandia. During the following decades, the building was used for carrying out other activities. Finally, in 1806, the former University handed to Escolapios. The Escolapios returned to teach at the Escuelas Pias (but not university level).

The building of Pious Schools

The ancient university had cells, refectory, an infirmary, several offices, academic classrooms and a church. The building of the Escuelas Pias had a secret passageway or tunnel (which is preserved in part but not accessible to the public) that connected it with another landmark building in Gandia. La Antigua University has a large courtyard which is used today how the school playground. Escuelas Pias are in a square at the end of the main street of Gandia. The main street is the shopping street and the city is part of the historic center.

Statues of the Borgia family

In front of the main entrance there are five statues of several members of the iconic family of the Borgias who lived in the city. The statues represent San Francisco de Borja, Cesar Borgia, Alexander VI, Lucrezia Borgia and Calixt III. Currently the Pious Schools is a private school where students can study up to the bachelor's degree. Classes are held in this historic building Gandia and one that is a few meters. In one corner of the courtyard of this second school are remains of the ancient city wall and tower of pine that can be seen from the street.

Directions to the Old University

Around Escuelas Pias there are many pedestrian streets so the best way to reach this landmark building Gandia is on foot. From the promenade of Gandia is reached the Escuelas Pias walking down the main street to the bottom. From City Hall, Collegiate or Ducal Palace also get there by the pedestrian street. From the train station Gandia only have to walk a few meters (when leaving the station on your right).

Matt Nolan
Waiting for better weather on the Jago River
More About Spain
The World : Europe : Spain
✖ It looks like you’re creating an order.
If you have any questions before you checkout, just let us know at info@360cities.net and we’ll get right back to you.
Cookies help us deliver great service to you. By using this site, you agree to the use of cookies. Leave this Site