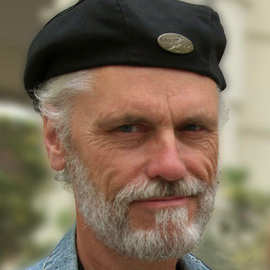 Fort Point is the location of a First French settlement in the 17th century. It’s a National Historic Site, and a beautiful place at the mouth of the LaHave River Estuary, in Lunenburg County on the Atlantic South-West coast of Nova Scotia. This is the area, where Samuel de Champlain arrived on North America’s mainland in May of the year 1604. The name LaHave of the river and settlements is derived from Port de La Hève, that Champlain gave to the Green Bay / LaHave Islands area, after the Cap de LaHève in France, from where he started his expedition. Today’s museum is located in a former lighthouse keeper’s house and a recently attached towering lighthouse construction. From there, the views of numerous LaHave settlements and the river, Ritcey Bay, Riverport, Dublin Bay and the Atlantic Ocean with the LaHave Islands, are stunning.

The capital of Canada is Ottawa, in the province of Ontario. There are offically ten provinces and three territories in Canada, which is the second largest country in the world in terms of land area.While politically and legally an independant nation, the titular head of state for Canada is still Queen Elizabeth.On the east end of Canada, you have Montreal as the bastion of activity. Montreal is famous for two things, VICE magazine and the Montreal Jazz Festival. One is the bible of hipster life (disposable, of course) and the other is a world-famous event that draws more than two million people every summer. Quebec is a French speaking province that has almost seceded from Canada on several occasions, by the way..When you think of Canada, you think of . . . snow, right?But not on the West Coast. In Vancouver, it rains. And you'll find more of the population speaking Mandarin than French (but also Punjabi, Tagalog, Korean, Farsi, German, and much more).Like the other big cities in Canada, Vancouver is vividly multicultural and Vancouverites are very, very serious about their coffee.Your standard Vancouverite can be found attired head-to-toe in Lululemon gear, mainlining Cafe Artigiano Americanos (spot the irony for ten points).But here's a Vancouver secret only the coolest kids know: the best sandwiches in the city aren't found downtown. Actually, they're hidden in Edgemont Village at the foot of Grouse Mountain on the North Shore."It's actually worth coming to Canada for these sandwiches alone." -- Michelle Superle, VancouverText by Steve Smith.