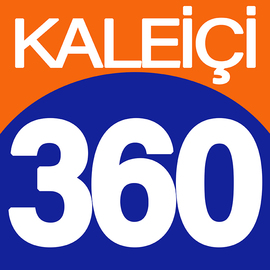 This small city park is located near by Hadrian's Gate.And , name of the park is coming from this gate.

There are a large number of mosques, churches, madrasahs, masjids, hans and hamams in the city. Kaleiçi, the harbor which the city walls enclose is the oldest part of the city. In Kaleiçi, Yivli Minare, Kesik Minare and historic houses are to be found. In Kaleiçi, there is traditional Turkish architecture which strives for harmony with the nature.

The Hadrian's Gate (or Hadrianus Gate or The Three Gates (meaning "Üçkapılar" in Turkish)) is a triumphal arch which was built in the name of the Roman emperor Hadrian, who visited Antalya in 130 A.D. It has three arched gates. According to the legend, Sultan Belkis, the Queen of Sheba, is said to have passed under those gates and enjoyed a happy day in the palace in Aspendos on her way to visit King Solomon. Formerly the city walls enclosed the outside of the gate and it was not used for many years. This may be the reason why it has not been harmed, and it was only revealed when the walls collapsed. It is considered as Pamphylia's most beautiful Gate. The upper part has three apertures in the shape of a cupola, and except for the pillars is built entirely of white marble. The ornamentation is very striking. The original Gate was two storeys but little is known of the top storey.


On either side of the Gate are towers, which are known not to have been built at the same time. The southern one is known as the Julia Sancta tower and is a work of the Hadrian era. It was constructed of plain stone blocks. While the base of the northern tower belongs to antiquity, the upper part is left over from the Seljuks.

Antalya Kaleici Virtual reality tour of  Kaleici , Antalya / TURKEY KALEICI : the historical center of ANTALYA ; now restored as the touristic centre of the city with its hotels, bars, clubs, restaurants, and shopping. KALEICI retains much of its historical character and the restoration won the Golden Apple Prize, the Oscar of tourism.There are a large number of mosques, churches, madrasahs, masjids, hans and hamams in ANTALYA. KALEICI , the harbor which the city walls enclose is the oldest part of ANTALYA. In KALEICI , Yivli Minaret, Kesik Minaret and historic houses are to be found. In KALEICI , there is traditional Turkish architecture which strives for harmony with the nature. (wikipedia)