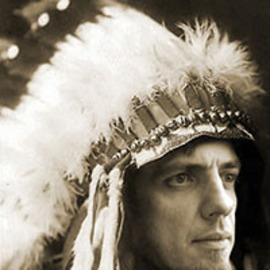 Since 1991, Kaunas is the sole Lithuanian town that belongs to the international towns' union "The New Hansa". Every year, Kaunas presents itself successfully at the annual event of the union "International Hansa Days" by introducing the heritage of cuisine, folk art, music, theatre, etc. Furthermore, since 2005, at the end of August, Kaunas draws crowds of people from the entire Lithuania, who can admire the unique Kaunas Old Town and lose themselves in the Middle Ages, i.e. try armour, play medieval games, taste the old European dishes, listen to the troubadours' songs, wield a sward, enjoy watching the night's sky coloured by amazing fireworks, and a lot more.

The public institution "Hansa Kaunas" and Kaunas local government that organise the festival already for the fourth time have managed to achieve that the festival be known not only in Lithuania but also outside. Now the event has become the priority of the town and it now has gained its face, traditions and lots of devoted supporters.

The festival has broadened: on the stage one can see not only Lithuanian performers but also guest artists from Germany, Poland, Russia, Latvia, Estonia, Belarus, Norway and Holland. Moreover, three documentary films have already been produced. Financing is increased as more and more supporters are found. Appropriations of both the local government and the Government of the Republic of Lithuania have been increased.

Unkle Kennykoala
Namadgi NP - Booroomba Rocks
More About Lithuania
The World : Europe : Lithuania
✖ It looks like you’re creating an order.
If you have any questions before you checkout, just let us know at info@360cities.net and we’ll get right back to you.
Cookies help us deliver great service to you. By using this site, you agree to the use of cookies. Leave this Site