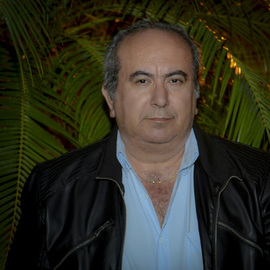 Was built in 1915 , by Friar Domingues Riece the Immaculate Conception parish church which was first called St. Ambrose Chapel .

Currently the church has 1675.50 square meters of built area and has always been used as a religious temple . Underwent some reforms . It is made of masonry , plaster (the ceiling ) and wood . It is located in the center of Birigüi and its tower can be seen from a distance, even outside of the city .

Would be interesting to highlight the importance of the Immaculate Conception parish church history classes focusing on religion that prevailed in Birigüi in its first years of existence and how the Italian immigrants , among them the other friars who came to stay ahead of the church , important figures development in the city .

Power would also raise the issue of this church as a heritage material or immaterial since it is the memory of the Immaculate Conception , however , materially , building has gone through many renovations and is likely to have little remained of the material originally used . Namely , it is known that this church has existed since the beginning of the city , however, is not exactly the same , what is left is a memory of that first .

Pierre Aubineau
Pasaia 2. Behind the bay entrance. The back side of La Plata lighthouse