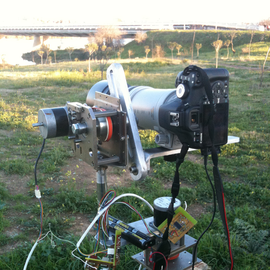 It is located between Merida and La Roca de la Sierra. Belongs to the region of Tierra de Mérida - Vegas Low and judicial Party Montijo.

Nava is an Arabic word meaning "flat plain between mountains," something like "large flat valley." It is said that there were three "Higgins" throughout history (from the fourteenth century): the first was called "Nava del Membrillo," the second "Nava de Mérida" and current "Nava de Santiago." The continuing arrival of settlers from various parts of Spain and sponsored in most cases by military orders, created this series of "Higgins".

We should mention the presence in its vicinity, one of the megalithic monuments in a better state of conservation in Europe: the dolmen of Lácara; a huge dolmen corridor largely intact and located halfway between La Nava and Aljucén. La Junta de Extremadura decided in 2007 to improve its acquisition of hits and the possible construction of an interpretation center, although the proposal has not yet been carried out.

In the fall of the ancien regime constitutes Nava constitutional municipality in the region of Extremadura. From 1834 is integrated into the judicial Party Mérida. The 1842 census counted 108 homes and 356 vecinos.

The patron saint is Santa Quiteria (martyr of Roman times and according to some sister of Santa Eulalia de Merida) and its invocation is related to dogs. His solemn procession is held on the first Sunday after Easter, on the farm Matapega.

Catholic parish church under the invocation of the Assumption of Our Lady, in the Archdiocese of Mérida-Badajoz.

Janne
Break of dawn under a solitary tree

Extremadura (Estremaura in Extremadura and the fala). It is a Spanish autonomous community located in the southwest of the Iberian Peninsula. It is composed of the two largest provinces in Spain: Cáceres yBadajoz. Extremadura bounded on the north by the provinces of Salamanca, Ávila (Castilla y León), south conHuelva, Sevilla and Cordoba (Andalusia), on the east, with Toledo and Ciudad Real (Castilla-La Mancha) and west conPortugal. Its capital is Mérida (Augusta Emerita old), the city recognized by the Statute of Autonomy as the seat of the Government of Extremadura.