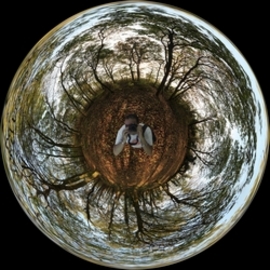 The Place du General de Gaulle is an urban public space of the town of Lille in the French department of Nord.

The place is grand-place type characterized by a completely mineral aspect found in many cities of the former Netherlands.
This is the historical and main square of the town.
In the seventeenth century, the construction of the commodity exchange divides the square in Grand-Place and Petite-Place (now Theatre square).
After the liberation of Lille during the Second World War, it was renamed in honor of Charles de Gaulle.
The place is locally called "Grand'Place" or, more rarely, "place de la Déesse".
It is bordered by various buildings; eight are listed or registered as historical monuments, including the Théâtre du Nord (former Grande Garde) and the Vieille Bourse (old commodity exchange).
In the center of the square stands the Goddess column. Erected in 1845, it represents the heroism of the Lillois during the siege of Lille in 1792.

The shot was taken in january 2015, in the beginning of the evening. Panorama made in HDR version (enfuse).